The 10 Most Romantic Hotels in Las Vegas

Are you looking for the most romantic hotels in Las Vegas?

The Mandarin Oriental is about as luxury and high-end as it gets in Las Vegas, which means it goes hand in hand with the ultimate romantic getaway. The hotel is situated high above the city in a beautiful tower right in the heart of the strip. The rooms have some of the most stunning views in the city, and that’s what gets it the top position on this list of most romantic hotels in Las Vegas. 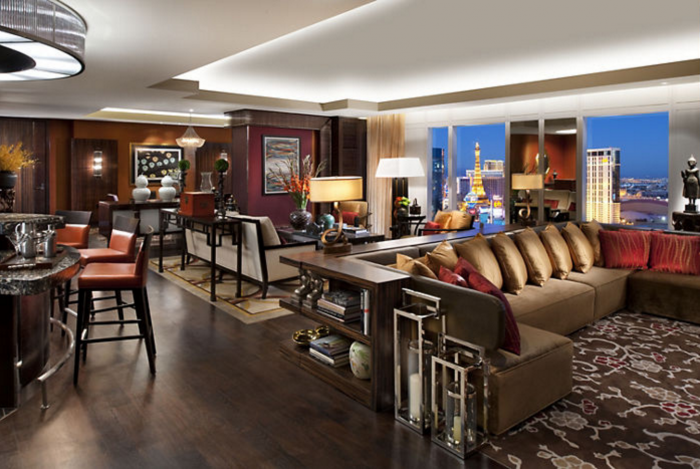 The Signature in Las Vegas is an exclusive group of rooms inside the MGM Grand. You may have seen these hotel rooms in movies – and they’re very well known for being some of the top rated rooms in the city. Definitely an amazing pick for anyone wanting a romantic hideaway, with loads of amenities at their fingertips.

The Wynn is a beautiful hotel in itself, but the Wynn Tower Suites are above and beyond. The Wynn has the feel of a magical kingdom – it’s not necessarily themed, but it looks beautiful and the decor is wonderfully luxurious. The suites have their own 5* spas and there are more Forbes Stars here than anywhere else in the US. 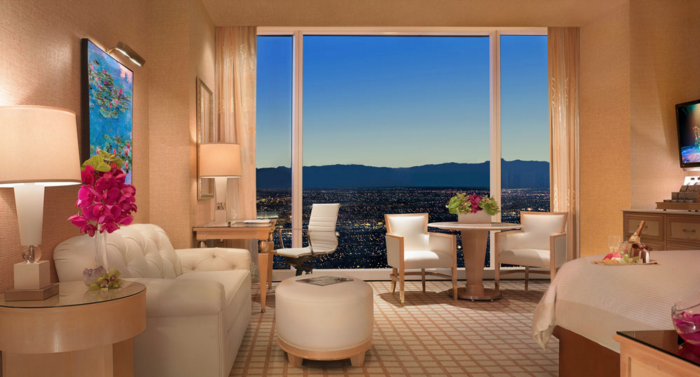 The Four Seasons Hotel is located a bit further off the strip, this gorgeous hotel is the perfect solution for couples who want a romantic getaway in a beautiful hotel, with the strip and the city centre only a quick taxi ride away. It’s definitely one of the most romantic hotels in Las Vegas, and you’ll feel like you’re in a beautiful retreat during the day, and then you can go and explore the nightlife in the evening.

The Cosmopolitan is right in the heart of the strip, and it’s uber glamorous and uber luxurious. If you want the glitzy side of romance, then The Cosmopolitan is definitely for you. You can also ‘wow’ your other half with incredible city views over The Bellagio (which their balconies look right over) – a perfect view to wake up to together. 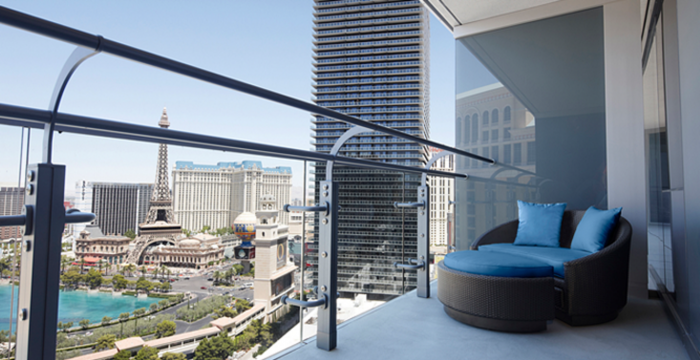 The Bellagio is one of the city’s most well known romantic hotels in Las Vegas, so you’ve probably heard of it before now. The hotel is in a fantastic location and from suites you’ll get an incredible view of their world-famous, iconic fountains. Definitely opt for a suite if you’re choosing this hotel as your romantic getaway option.

7. Encore at The Wynn, Las Vegas

Part of The Wynn Family, this is another show-stopper from the Wynn brand. Expect all the luxury and opulence that you’d find in The Tower Suites, but on a slightly smaller budget.

This new (ish) hotel in the heart of the Las Vegas Strip, is modern and sleek – perfect for any couples wanting to indulge in a little bit of romance. The suites in Aria are more affordable than in other hotels on this list – but offer just as incredible views and interiors with just as much wow-factor. There are also loads of romantic restaurant to choose from too, in the facility. 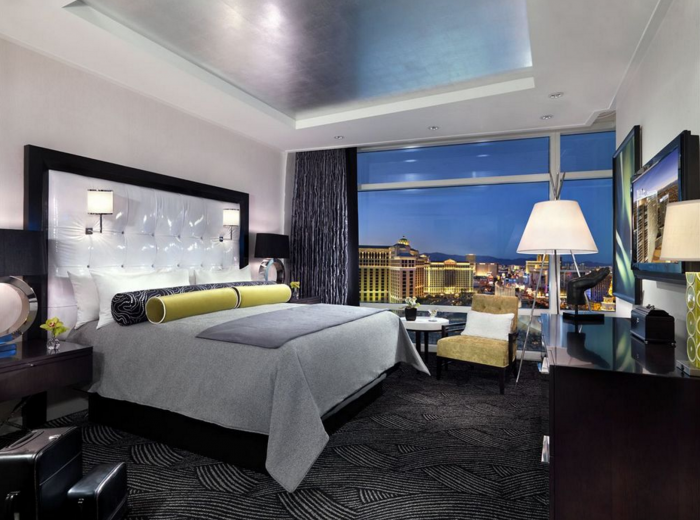 Located in Caesars Palace (the famous hotel from The Hangover) the Nobu Hotel has sophisticated and exclusive suites that are the epitome in romance and luxury. Oh, and you’ll get your own private Nobu chef apparently!

Set in a 43-story tower on the Mandalay Bay Resort complex, this high-end, all-suite hotel is the perfect mix of sophistication and luxury. 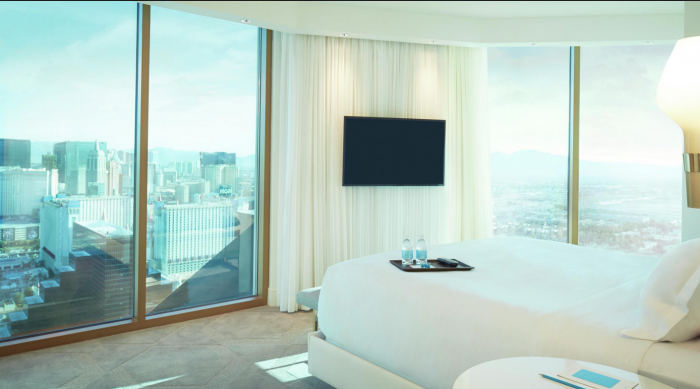 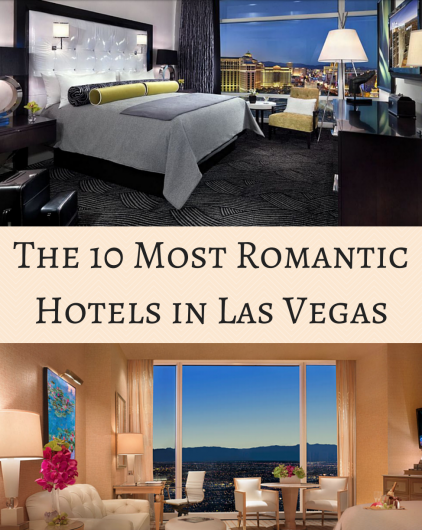 Top 10 Penthouse Suites in Las Vegas (that you will LOVE!)

The best Mexican food in Las Vegas: 15 amazing places you HAVE to try!

The most romantic cities to propose in