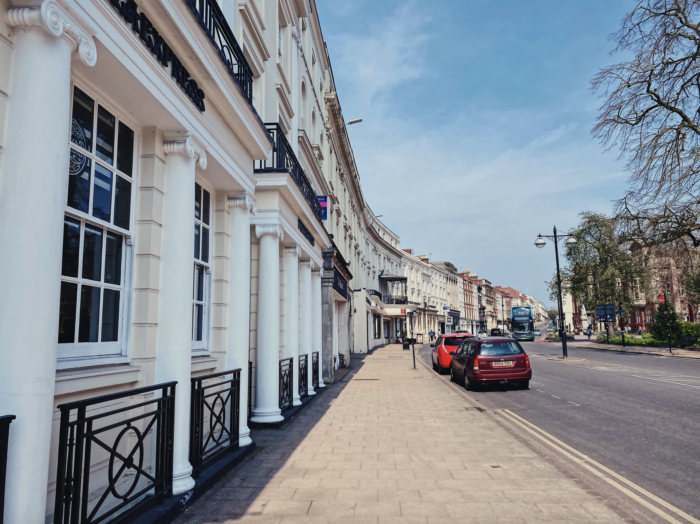 Are you looking for ideas and things to do in Leamington Spa? Keep reading for my suggestions!

Leamington Spa might not be one of the UK’s best known towns, but it’s a hidden gems, partway between London and Birmingham. It’s technically known as Royal Leamington Spa, and it’s a lovely place to spend a day (or weekend). There are loads of things to do in Leamington Spa, and around the town too, so I’ll cover them all in this list!

There are a few reasons why you might end up visiting Leamington Spa… Maybe you’re here because a friend or family member lives here, maybe you’re watching a show at Leamington’s theatre (it actually gets decent comedians and shows on for pretty cheap compared to nearby London), or maybe you’re stopping here just to explore the area. 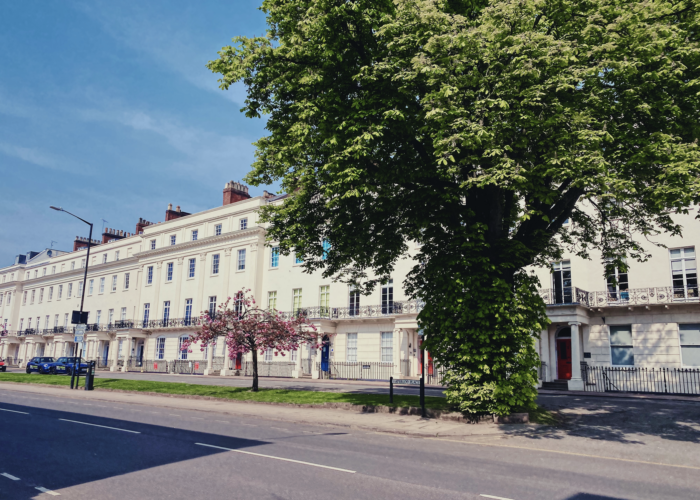 Next on my list of things to do in Leamington Spa, it’s shopping! The town isn’t huge, but there are a really good selection of shops in the centre, and it’s a really pretty outdoor high street too. There are favourites such as Oliver Bonas, Space NK, Marks and Spencers, Flying Tiger, H&M and also some more independent stores too- selling lovely little nik-naks. It’s probably one of the nicest town centres in this part of the country, and it doesn’t tend to get too busy either. 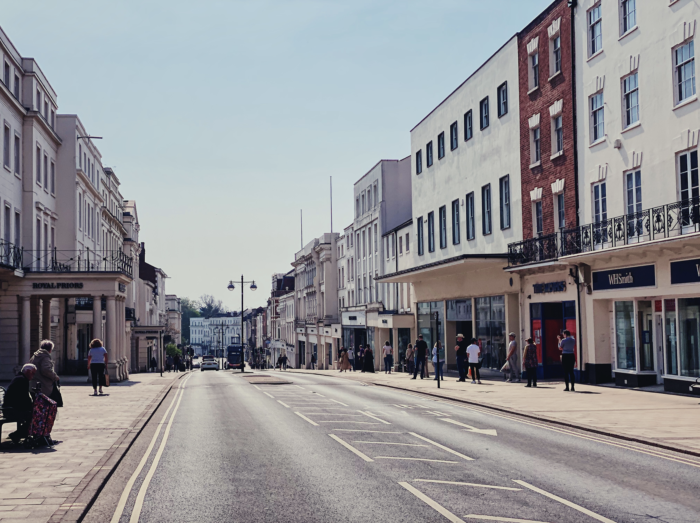 There are so many amazing pubs in Leamington Spa. In fact, if there’s one thing locals love here… it’s a pub. Some of my favourites are the Fox and Vivian (amazing burgers), Star and Garter (lovely atmosphere), The Royal Pug (dog friendly), The Fat Pug and Fizzy Moon (a bit of a nightlife pub).

Take a stroll around Jephson Gardens

These scenic gardens are located right in the heart of Leamington Spa, and are definitely one of the best things to do in Leamington. They’re just beautiful and so amazing kept. It won’t take you long to walk around, maybe an hour if you take your time, but it’s so pretty place in Leamington Spa and perfect place for a morning stroll.

Take a stroll along the river in Victoria Park

Victoria Park is a slightly bigger park located just outside of Leamington Spa’s town centre. The park has a great playground for kids, and a paddling pool in the warmer months. It also has a skating park and tennis courts. It’s literally the heart of the town when it’s warm – and you’ll find families, dog walkers and residents enjoying the amazing green space here. 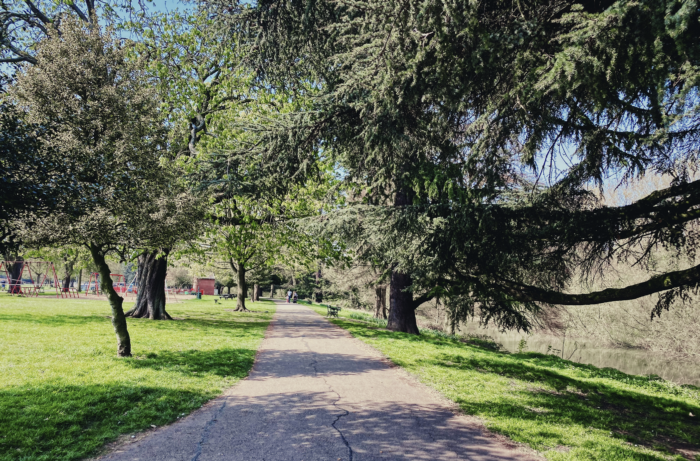 My next idea for things to do in Leamington Spa is the Royal Pump Rooms Art Gallery and Museum is a bit museum, bit gallery, located on the southern end of the high street. It’s a really beautiful building, and it’s definitely something to take a look at if you enjoy soaking in a bit of local culture.

Watch a show at The Royal Spa Centre

Next on my list of things to do in Leamington Spa, it’s the Royal Spa Centre. The Royal Spa Centre has lots of shows on, they get great comedians (for really cheap ticket prices) and also do community shows too. Well worth a look to see what’s on during the time you visit.

Have a night at The Dice Box

This has to be one of my absolute favourite things to do in Leamington Spa – it’s basically a board game cafe! The Dice Box have loadssss of amazing board games and card games, and you pay a small amount to spend a few hours with friends playing them. It’s really popular, there are always people inside playing obscure games from Japan or the USA. They also have all the classics too – like Scrabble, Monopoly, Dobble, Articulate, Battleships, Guess Who, Snap, etc. 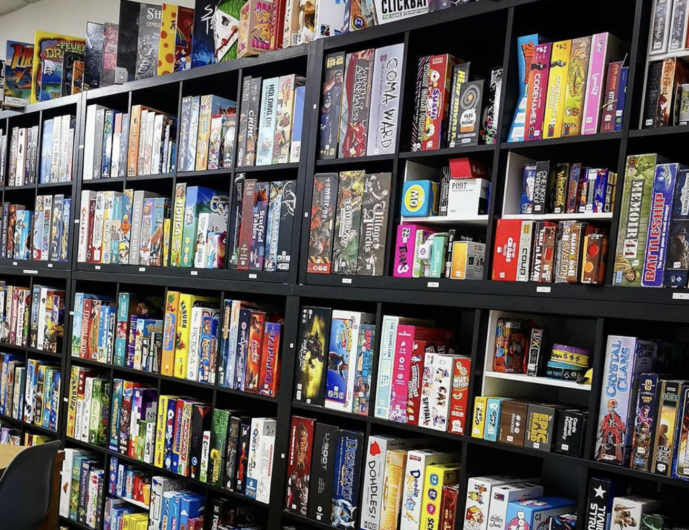 Try your hand at Pottery throwing

The Ceramics Studio is about a 15-20 minute drive from Leamington (and based in some of the gorgeous surrounding countryside). This is one of my favourite things to do in Leamington Spa – it’s so relaxed, friendly and I love to get my creative juices flowing. It’s such a fun activity for friend, or solo – and I always have an amazing time here.

Try out the incredible local butchers

The local butcher Aubrey Allen is known amongst locals for being the BEST butcher’s in town. If you’re stopping somewhere with a kitchen, or with BBQ facilities, then stop by Aubrey Allen and grab yourself a steak to grill! You won’t regret it!

Next on my list of things to do in Leamington Spa is Warwick Castle.

OK, so this isn’t technically in Leamington Spa, but Warwick castle is about an 8 minute drive from Leamington Spa train station, and it’s one of the best days out you can have in this part of the country. The castle is huge – and they have so much going on there for kids and families and adults. It’s fascinating to walk around such a well preserved part of history, and there are some amazing views from the top of the turrets. 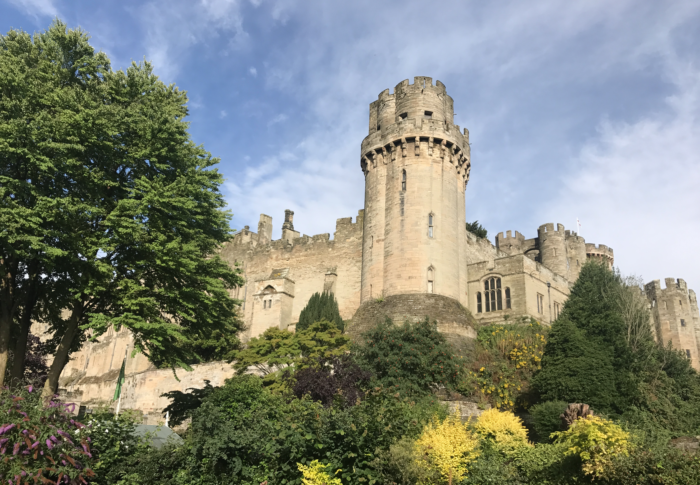 The next suggestion on my list of things to do in Leamington, is actually the Leamington Spa retail park, about a 5 minute drive out of the town. It’s a really good retail park, with shops such as TKMax, Sainsburys, Next, Currys, etc. If you fancy pulling up somewhere and having some retail therapy in Leamington Spa, this is a good place to go, and the parking is free!

Have a spa day

The Mallory Court Hotel does a great spa day option, and the hotel is only located about an 8 minute drive from the train station, on the edges of the Warwickshire countryside. It’s a beautiful location, and it’d make a great day out for friends or couples look to relax with a few spa treatments. This is also a great place to stay in Leamington Spa too – as the hotel is a really beautiful option, whilst still being close to the town centre.

The JUMP! park in Leamington Spa is HUGE and it’s so much fun for adults and children! If you don’t know what a JUMP! park is… it’s basically a huge trampoline park where you can just jump around and tire yourself out. They have lots of different trampolines in this particular park, and it’s 2 minutes from the centre of town. I love it! 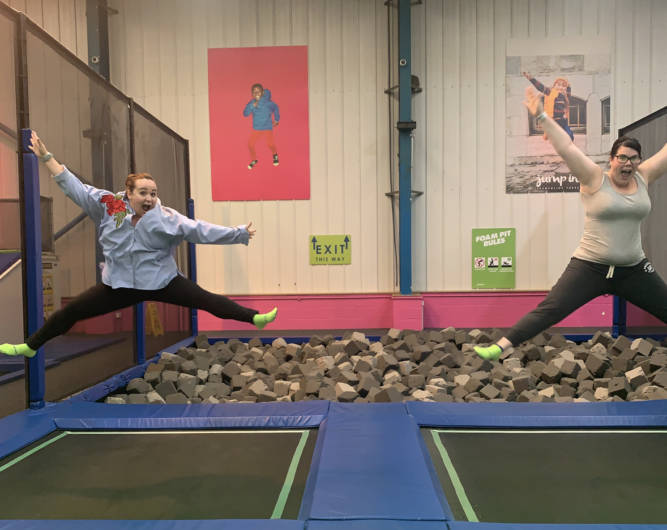 If you’re looking for somewhere to stay in Leamington Spa, but you want to try something a bit more fun than your average travelodge or hotel… then Hilltop Hideaways are the perfect choice. They offer glamping experiences in different kinds of tents, and it’s so gorgeous and fun! Definitely something a bit unique to add to this list of things to do in Leamington Spa!

If you’ve never tried Bowls (not the skittle kind) then you might way to give it a go in Leamington Spa, as their Victoria Park Bowling Complex is one of the best in the UK. It’s actually the official home of Women’s Bowls in England. 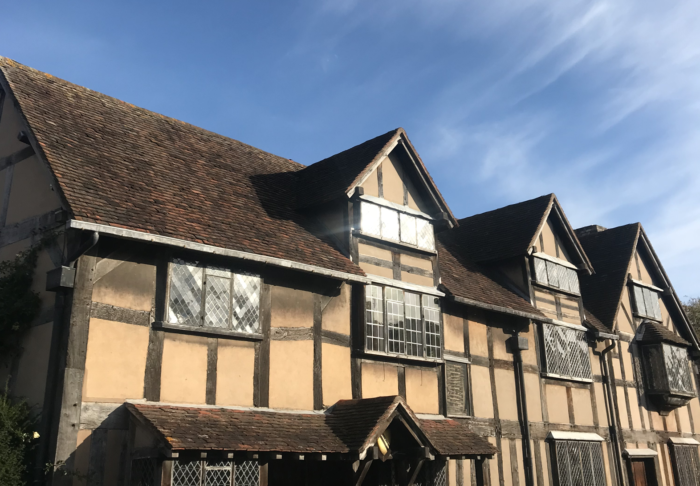 This historic house, and surrounding land, are one of the most stunning, so Charlecote Park had to make my list of things to do in Leamington Spa. National trust properties you could wish to visit. It’s located only 6.5 miles from Leamington Spa, and it’s really easy to get to.

Charlecote house itself is stunning and has lots of interesting history, but the land surrounding it is simply beautiful too – and it’s well worth spending the afternoon wandering around soaking in the views. 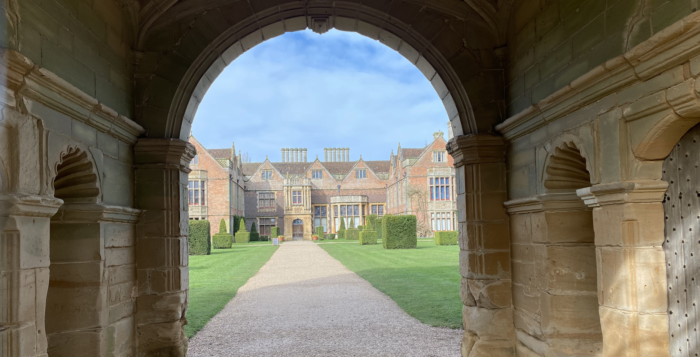 Located about 6 miles from Leamington centre, this is another great option for a day out. The British Motor Museum is home to the world’s largest collection of historic British cars – from the very first Land Rover to Lady Penelope’s FAB1. If you love driving, and love looking at cars and motors, then this is a great choice for you!

Walking in the countryside 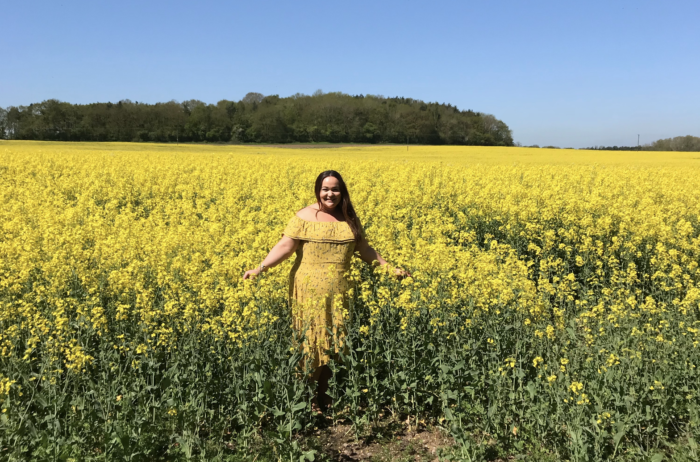 I hope this list of things to do in Leamington Spa is useful! It might be a small town, but there is a lot going on here and plenty to explore!

Garsons Farm Esher: Escaping from London for a few hours!

Ultimate Guide to Beacon NY – Things to Do, Where to Stay & What to Eat