The 5 Most Terrifying Travel Destinations in the World

Most of us travel zealots like to take vacations to destinations that prove to be exotic and tranquil. Ideal excursions to white sandy beaches, such as Carillon Beach, Miami, have been a great preference for most, while safari expeditions, such as in Masai Mara, have amassed a massive fan base.

While we may live in a big, beautiful world, our planet certainly has its fair share of some of the horrifying and mysterious places—destinations just waiting for that morbidly inclined tourist to go visit. From the eternally-burning pit in middle Turkmenistan to islands swarming with flesh-melting snakes to a tiny village in Japan where life-sized dolls outnumber the residents just about 10:1, here are some of the scariest places on earth.

Any forest can turn into a creepy and terrifying ground for bloodshed and other types of crime, but Hoia Baciu Forest, just outside Cluj-Napoca, Romania’s second city, has a rep of being the most haunted and ghostly forests on the planet.  The trees stop in a uniform oval, where nothing grows, and where, according to official reports, nothing has grown.

This place has defied the investigations of soil scientists and has attracted Romanian witches, sword-wielding Americans, and yoga devotees who have attempted to cleanse the forest of its evils. Known as the Bermuda Tringle of Romania, many visitors have reported ghost sightings, UFO detections, and other mysterious events. And oh, if you think you can enter the forest with your smartphone and use it to find help if you need it, think again. 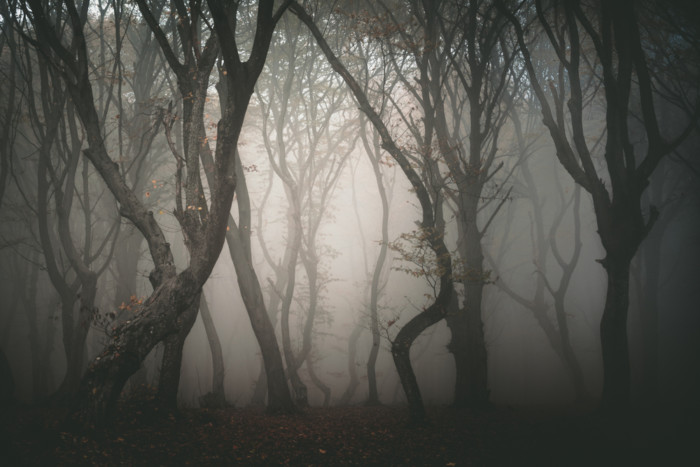 Some of those who have been there report that electronic devices start to malfunction as soon as you enter the forest. Others report strange symptoms such as anxiety, nausea, and the feeling of ‘being watched’ upon entering this ground. Joggers who are brave enough to enter report of ‘Ectoplasms’ sightings.

Nagoro is a small village located in the valleys of Shikoku, Japan, with one very notable, but creepy feature—a life-sized doll population that outnumbers the residents approximately 10:1. The dolls are the work of an elderly local called Tsukimi Ayano, who began making these eerie toys as replicas of her neighbours who had left the village or died. The dolls can be seen in a variety of positions across the village—an elderly couple sitting on benches outside of the building, students filling entire classrooms, fishermen sitting on the riverbanks, some sitting beside the road staring at you, and more. Tsukimi made the first doll in the likeness of her dead father, and then came up with the same idea to replace her dead family members, and later her neighbours. Today, there are over 350 strange doppelgängers in the town and only about 27 humans [the youngest of them is over 50 years old]. 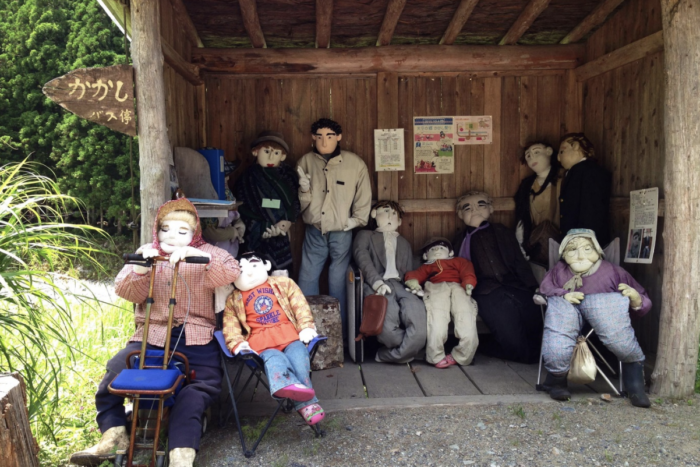 North Yungas Road in Bolivia is famously referred to as ‘Death Road’ for all the reasons you’d guess. To one side is solid rock and to the other a 2000-foot abyss. In between is two-way 12-foot- wide path, making it the most terrifying and dangerous road in the world. This pathway from Laz Paz to Coroico is a treacherous one considering that frightening elevation, lack of guardrails, and limited visibility due to fog and rain.

Humid winds, numerous mudslides and tumbling rocks make the pathway even more dangerous and more challenging than the horse racing track of the Kentucky Derby. 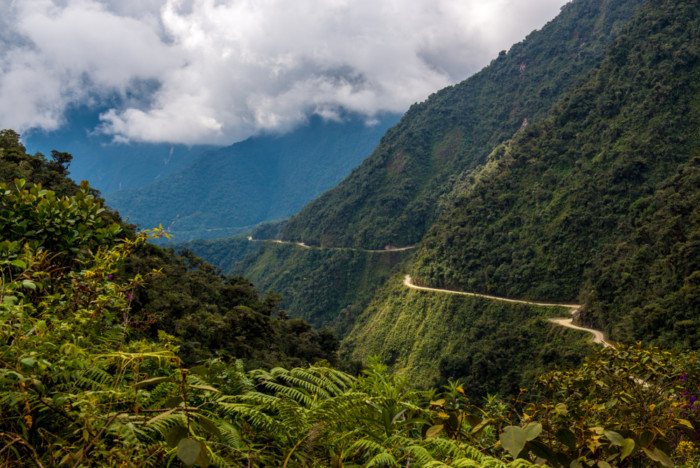 Many crosses stand as a memorial for thrill-seekers and drivers who have perished here. While the road used to see about 300 annual deaths, it has now become more of a destination for audacious mountain bikers than a vehicular thoroughfare.  Special driving rules apply to this pathway. While the rest of Bolivia drives on the right, at North Yungas Road, drivers drive on the left to allow a better view of the edge of the cliff.

Moreover, descending vehicles have the right of way and must move to the otter edge. For safe passing, drivers must stop and negotiate.

Visiting Brazil’s Ilha Da Queimada Grande is prohibited! This is because the island is the most dangerous island in the world. The island is heavily populated with a swarm of venomous snakes. Located about150 kilometres off the coast of São Paulo, it is estimated that for every square meter, you’ll find at least one snake.

With subtropical landscapes, extremely rocky terrains, and isolation makes this island totally uninhabitable for humans and other mammals. This has made it possible for the snakes to thrive and populate with no human intervention or predators. The snakes have sustained themselves through feeding on migratory birds that use the island as a resting stop. 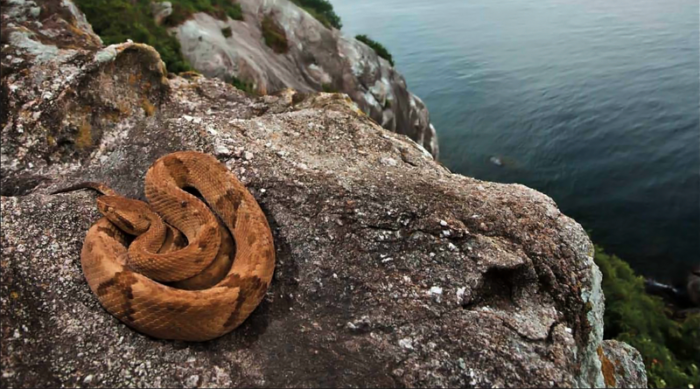 The snakes, called the golden lanceheads, exist nowhere else in the world and are totally unique to Ilha Da Queimada Grande. They also happen to be some of the most poisonous reptiles on the planet. The snakes grow to more than half a meter long and possess a deadly, fast-acting venom that melts human flesh. The venom causes, a grab bag of symptoms that include intestinal bleeding, brain haemorrhaging, necrosis of muscular tissue, kidney failure, and necrosis of muscular tissue.

The real-life hell on earth in the Turkmenistan desert has been burning for more than four decades now. It was a scientific project gone horribly wrong. In 1971, a group of Soviet scientists started an expedition to assess what the thought was a substantial oil field in the middle of Turkmenistan Karakum Desert. Little did they know that beneath the ground was a massive natural gas field, and as soon the scientists started their drilling, the ground collapsed into a gaping crater.

It swallowed all the researchers and their camp. Fearing the spread of the poisonous gas, a group of other scientists set the crater ablaze, tearing a hellish hole of vicious flames all around the crater. They hoped that the flames would burn out within a few days to a week. It’s been 40 years!

The locals have nicknamed the Darvaza Gas Crater ‘The Gates of Hell’ or ‘The Door to Hell.’ It seems the terrifying pit of fire will never burn off. But, this hasn’t stopped thrill seekers from visiting this eternal inferno. Some even set camps around the gas field.

These are the 5 scariest places on earth. Luckily, the world is also home to some of the most beautiful holiday destinations in the world.

Things no one tells you about Angel’s Landing

Top Bucket List Activites to Do Before Actually “Kicking the Bucket”

Ultimate list of non-touristy things to do in LA