6 Foods To Avoid While Travelling

Your holiday is meant to be a relaxing time. Among the many highlights of your adventure in a new city or country is trying the local food. Although you’re likely to find a whole host of culinary delights that are safe and healthy to consume, you also need to be careful about what you plan to eat. Nothing is worse than having to hole up in a hotel with food poisoning, diarrhoea or something much worse. Don’t fret, however, with these simple safety tips you’ll have no trouble when dining out abroad. Knowing what to avoid is key to healthy travel on holiday, and it doesn’t mean missing out on the local cuisine. 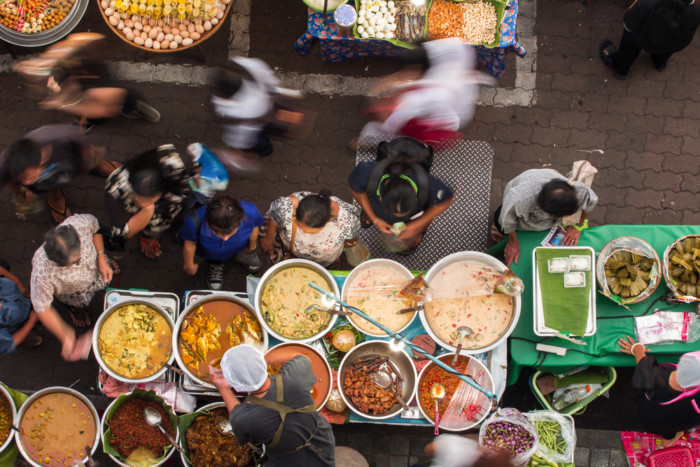 This is a no brainer as both uncooked and undercooked food, particularly meat and seafood, can cause serious health issues even in the most developed of countries. When you’re out travelling, you should avoid uncooked meat and seafood where possible. Many traditional foods and delicacies are raw or undercooked, so it’s worth doing a little research, especially if you have a sensitive tummy.

Berries, as with other fruit and vegetables that have no protective skin and are eaten raw, should be avoided in certain regions. This is especially true in countries with poor-quality tap water and risk of contamination when handled/prepared, as even washed fruit still risks being unsafe to consume. If you want to lessen the chances of catching a stomach bug while abroad, try to avoid berries and other fruit that requires washing. Although berries are delicious and healthy, you cannot be sure that harmful bacteria from the soil has been sufficiently washed off.

Raw and unpasteurised dairy products — like milk and soft cheeses — are increasingly popular in the West and have a long history in certain cultures, like the Maasai in Africa or in the production of yak butter in Central Asia. However, food safety standards are not the same the world over, with raw milk at risk of carrying a host of pathogens which cause anything from mild stomach upsets to rare, life-threatening diseases (like listeria). As you can’t be sure of the safety of unpasteurised dairy when travelling, err on the side of caution and avoid it.

Uncooked vegetable salads may well be incredibly nutritious and appetising, but they are not always safe to consume in certain countries, particularly developing ones. If you’re travelling in a heavily polluted country or an area with unhygienic tap water, avoid salads. Salads, in particular, are the cause of many foodborne illness horror stories because they often haven’t been sufficiently washed or, worse, they have been contaminated with unclean water. Eat only cooked food or fruit that you needn’t wash, like peeled bananas.

This one is more circumstantial as it depends where you’re purchasing the ice cream. Reputable retailers are probably entirely safe, but be wary of buying your ice cream from street vendors and stalls. You never know the safety procedures in storing the ice cream. If there are no queues at the food stall, this is often a red flag for bad hygiene.

Tap water is not the same around the world. Even some of the more wealthy nations, like China and Russia, have circumspect and variable tap water quality from city to city. In general, you should avoid tap water in countries with poor sanitation and questionable water sources. Stick to boiled or bottled waters, particularly known brands, and always check the bottle for any tampering. Of course, in some countries of the world — like Norway and Iceland — you’ll find the tap water to be of superior quality. 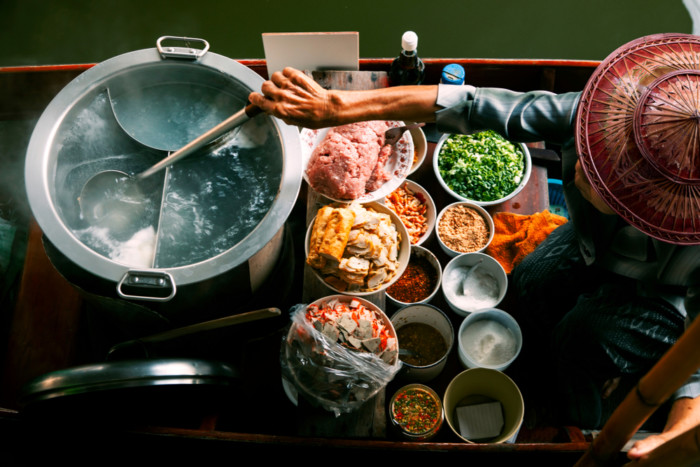 Alongside watching what you eat, taking care of your overall health is important when you travel. Remember to consult with a doctor if you have any pre-existing health issues or if you are travelling to a new place overseas.

25 Delicious Places to Get Breakfast in Las Vegas (That You Need to Try!)

15 Restaurants Open on Thanksgiving in San Francisco – That You’ll Love!