This is what you need to know when you visit Austin, Texas

Austin, the capital of the state of Texas in the United States, has quickly emerged as a premier destination for all things fun and frolic in the country.

Therefore, when you are out to have a unique cultural experience which is distinctly American and at the same time, exclusively Texan, you simply cannot afford to give Austin a miss. 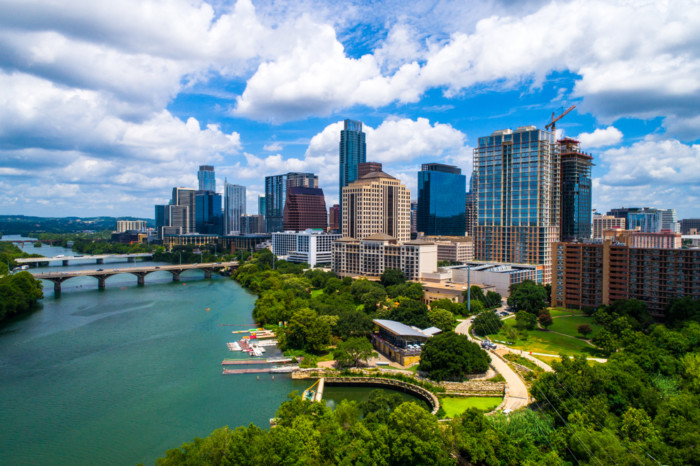 Austin scores especially very well on the safety quotient, with the FBI ranking it as the second safest city in the country.

Visitors to the city will certainly be reassured with this pleasant statistic.

If you are one who really enjoys live music, then Austin is one place you simply have to visit, given its tagline as ‘The Live Music Capital of the World’.

After all, the live music scene in Austin is really vibrant, with events galore taking place all over the city.

Additionally, the Austin Symphony Orchestra, Urban Music Festival, as well as Austin Lyric Opera are events that, as a music buff, you would definitely not want to miss!

The food scene in Austin is delectably exciting with a number of culinary experiences to be had that make visiting the city as a foodie really very special. The Texas barbecue and indeed Tex-Mex cuisine which combines the best of Texan and Mexican cuisine is a must-have experience while visiting Austin.

Once there, you can’t help but notice the large number of food trucks that dot the landscape of the city; on a per capita basis, it is said to be the second largest in all of United States. These food trucks offer a wide variety of cuisines throwing up unique gastronomic delicacies which are sure to entice even the most demanding palates!

Austin has an extremely vibrant film and theater scene. The Austin Film Festival, held annually in the month of October, is privy to a number of outstanding films from around the world. Likewise, the nine day long SXSW Film Festival draws film buffs and movie personalities from all over, especially given the SXSW Film Conference which runs alongside.

Theater enthusiasts will love the fact that there are so many different live performances in Austin, across a variety of eclectic venues. Ballet Austin, for example, is one of the largest of its kind in the United States. Paramount Theatre in the city regularly hosts many events including movie premieres.

International travelers from eligible countries can enjoy visa free travel to the United States under the ESTA or Electronic System for Travel Authorization program. The documents you need for ESTA travel, which you can serve as an ESTA check for you include:

Alongside you also need to provide your contact details while filling in your ESTA application.

Reading up on Austin

Once you arrive in Austin, the Austin Chronicle is a highly recommended read. This is especially because it provides a dossier on all the events and happenstances in the city at that time, be it festivals, events, theater, and more. The paper is readily and freely available all over town, including the information desk at Austin Airport.

Additionally, Austin American-Statesman is the primary daily paper in the city, summing up major news and highlights not only from Austin and its surroundings but indeed all of Texas and beyond.

Given the size and scale of Austin, tours are highly recommended which can quickly and easily get you to experience a side of Austin which you may otherwise end up missing.

For instance, Segway Tours are definitely recommended since they are frequent, let you experience downtown Austin with ease, and most importantly, are a lot of fun!

The Twisted Texas Tour is also recommended since it provides a unique flavor of Austin, all on board a bus with a live band playing!

The “Keep Austin Weird” credo clearly permeates shopping experiences in the city. Both East Austin – a short distance away from Downtown, as well as South Congress are the ideal locales in the city for your shopping whims.

There are some great malls in the city too, which include Hill Country Galleria, Barton Creek Mall, and Lakeline Mall.

The Ultimate Lake Tahoe winter guide! Featuring 26 things to do in Lake Tahoe in winter!

What food is Florida known for? Here are our top 5 picks that you HAVE to try!

The ultimate TOP 7 places to try zip lining in NY

Best ways to spend a winter holiday in Ireland

Travelling and Pregnant? 5 traveltips for mums-to-be