Stunning Sights to Experience Within a Day Trip of Calgary

If you recently moved to Calgary or you plan to visit, you’ll find a wide range of things to see and do in this city, but with the Rockies just a short drive away, you may want to plan a day trip to experience some of the province’s, and the world’s, most stunning sights.

One of the most breathtaking sights can be discovered by riding the Banff Gondola in Banff National Park, only a 90-minute drive west of Calgary. The gondola cars ascend to the summit of Sulphur Mountain, offering jaw-dropping views the entire way, including the soaring mountain peaks. At the top you’ll find a 360-degree observational deck where you can gaze out at Banff and the Bow River Valley, along with a number of restaurants, a gift shop and interactive exhibits. 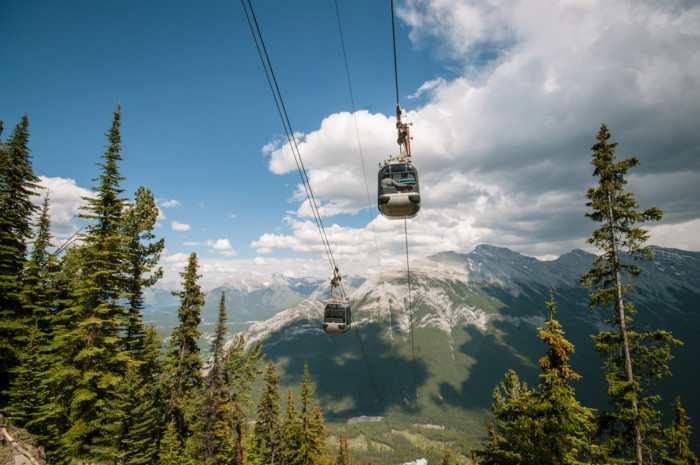 While winter may bring the most awe-inspiring view of Johnston Canyon with its catwalks providing a close up look at magnificent ice formations among the limestone cliffs, it’s dazzling all year round. One of the most popular hikes in Banff, an easy family-friendly trek that’s just 3.2 miles up and back, it showcases Johnston Falls with the trail providing several viewpoints. If you venture further beyond the upper falls for about an hour, you’ll discover the Ink Pots, multiple pools with emerald-hued mineral springs bubbling to the surface.

Traveling further into the park, you’ll have the opportunity to view one of the world’s most magnificent lakes. Moraine Lake is glacially-fed, and in early summer when the water levels rise, it’s transformed into an ethereal shade of blue due to the minerals in the water. It’s also a popular place to glimpse bears who feast on the grass in the lush meadows nearby. You can easily spend a day here, hiking around the shoreline or paddling through the mirror-like water.

If you leave early in the morning, the Icefields Parkway which links Banff and Jasper can be reached in a little over three hours and it’s known as one of the world’s most scenic drives. It starts just outside Lake Louise, another one of Banff National Park’s most magnificent sights. The highway traces the Continental Divide and is surrounded by dramatic mountains in every direction. It passes many gem-like lakes, countless rushing rivers, waterfalls and glaciers, with lots of opportunities for spotting wildlife along the way, including bear, moose and caribou. Witnessing the Athabasca Glacier is a must. The largest of the Columbia Icefield’s six “toes,” it’s been disappearing quickly, with more than half its volume lost in the past 125 years or so. If you want an in-depth look, join a tour of the ancient glacier that will take you on the icy surface via the Ice Explorer.

Nearby, just off the roadway, is Athabasca Falls, one of the most impressive in the Rockies with its powerful cascades flowing into a rugged gorge from the Athabasca River truly a sight to behold.

It’s about time… You visited Canada

Top 22 things to do in St Catharines, Ontario!

Most Stunning Attractions To Explore and Discover Chicago

5 Cruise Destinations for the Animal Lover