One thing I’ve never done (but always, deep down wanted to) is visit one of the many ‘racing days’ in the UK.

It’s a huge big event held during the day where thousands of people dress up to watch horse racing. Coming up soon is Cheltenham Festival, one of these famous racing days.

It’s one of the best and biggest festivals, and definitely worth a trip out and about! 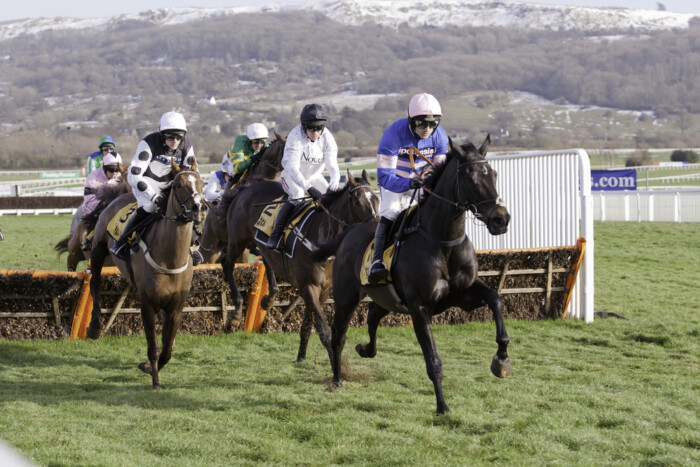 There aren’t many events in life that let to get properly dressed up. An event like this – a day at the races – is the ultimate excuse.

Some of the racing events in the UK even have a ‘best dressed’ competition where there’s a cash prize! If you’re a guy, a nice suit will do the tricky, for women a formal dress, or trouser suit could be a great choice.

The festival is also a chance to put on some bets – which – I have to admit is kind of fun.

You can put on as much or as little as you want, and you can do so in the event grounds or via apps too. It’s a lot of fun, as long as you don’t bet more than you’re willing to loose.

If you don’t know much about the horses and the skills, then sometimes just picking a random name (and trust me – some of the horses have really strange names!) and just placing a small bet on it is all you need to do to have fun.

What makes it special?

I think it’s just one of those things that is typically British. It’s a British tradition and it always looks like a lot of fun for those who make it along. There’s nothing wrong with embracing a bit of history and tradition once in a while – and, especially for visitors who are new to the UK, it might be a really cool experience. Definitely something different from all the usual touristy things!

What can you expect?

Well aside from the dressing up, gambling and drinking, it’s also a lot of fun to watch, as with any sport.

These athletes (and by athletes, I’m referring to the horses too – seen as they do all the running) have trained for months (maybe years) and the excitement is enough alone to make for a really great atmosphere and experience.

The first day is always one of the most looked forward to.  There are lots of different races you can watch, including the Champion Hurdle, Supreme Novices Hurdle and the Arkle Chase.

But it’s not just the first day that has races, there are 28 races in total at the Cheltenham Festival – so you could literally be watching races all day long and never run out of entertainment. These all tend to be spread out over four days of non-stop racing. So any time you visit, there is bound to be something to see!

Some of these other races include…  The Champion Hurdle, the Queen Mother Champion Chase, the World Hurdle and the Cheltenham Gold Cup. Any one of these will be entertaining, especially if you’ve never been to the races before!

Things British Expats Miss the Most