Central Park in the Snow – As Perfect as it Looks.

Ever since I was little and first watched Home Alone 2 – I’ve just been desperate to see Central Park in the snow (and NYC in general really!).

Actually, one of the main reasons I booked for us to visit during New Year was because I was pretty sure the chances of snow would be almost certain.

And yet, we passed through the entire holiday with very very cold temperatures… but only blue skies. No snow!

I had just about lost hope on the whole snow thing – but then, on our last full day in the city, I woke up, pulled back the curtains and was greeted with SNOW! EVERYWHERE!

I was basically like a 5 year old is on Christmas day. Running around our hotel suite shouting ‘It’s snowing! It’s snowing!’

Actually…. This GIF would sum up behaviour quite accurately that morning:

So anyway – as soon as I could drag Pad of bed, and had finished wrapping myself up in about 10 millions layers of clothing, we headed out into the park. It was finally time to explore Central Park in the snow! Luckily our hotel was on 57th St so we didn’t have too far to walk… a good job too, because it was FREEZING outside!

We started off in the south east corner of the park, and carried up the centre of the park up until we reached about 80th St. There’s not much else I have to say now, except SNOW IS AWESOME and look at all the pretty pictures.

Read more about visiting NYC: 42 festive things to do in NYC during Christmas 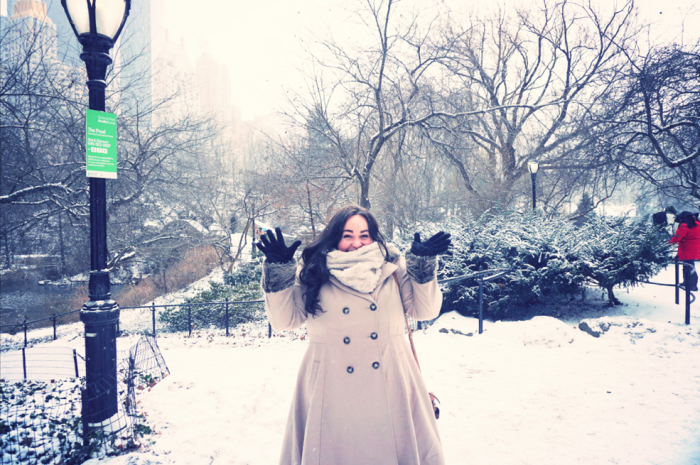 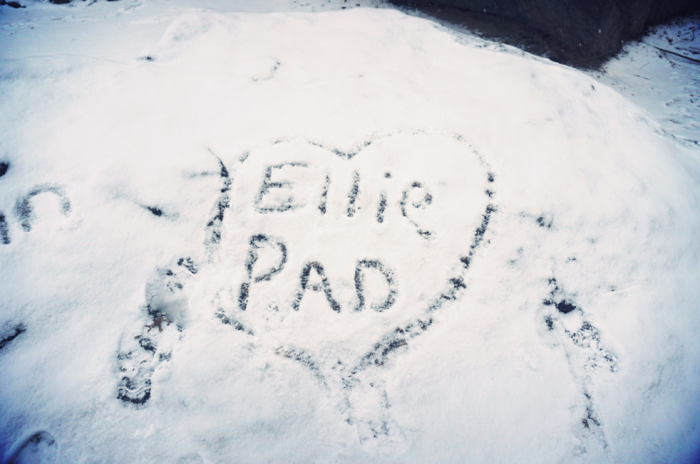 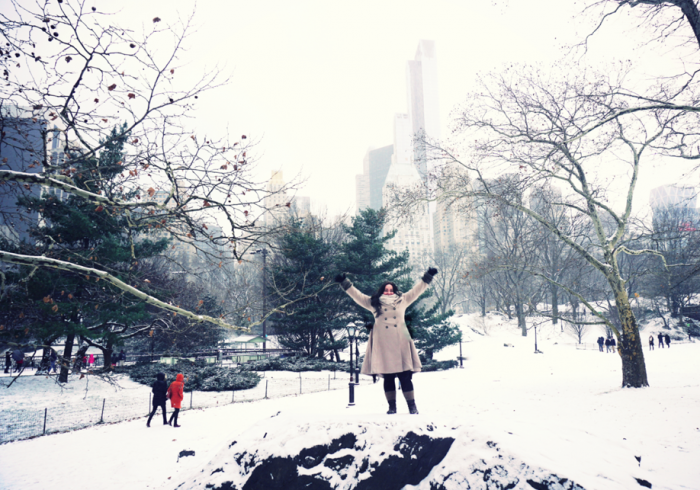 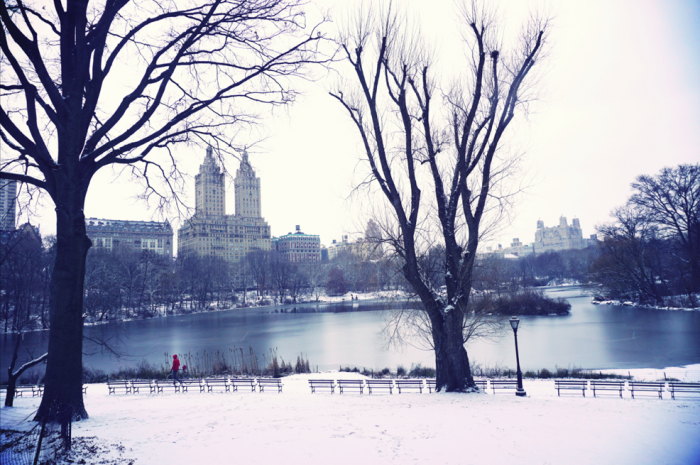 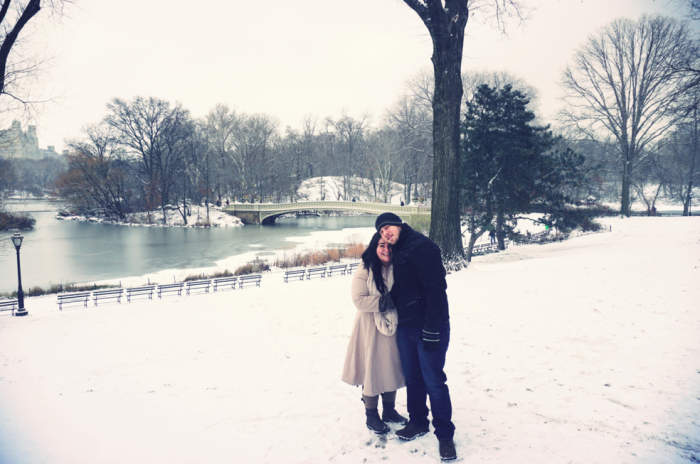 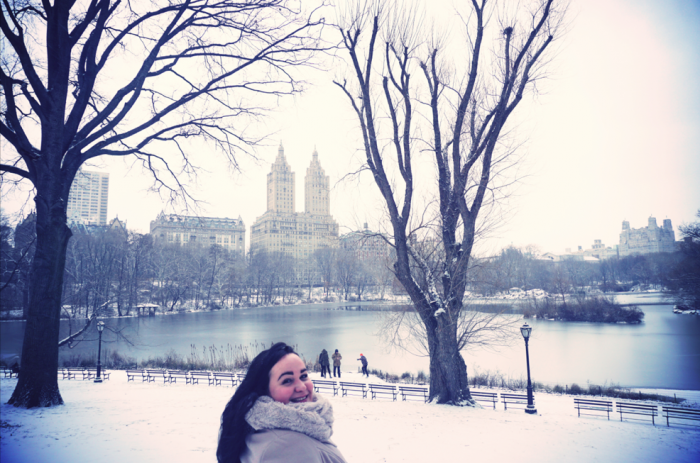 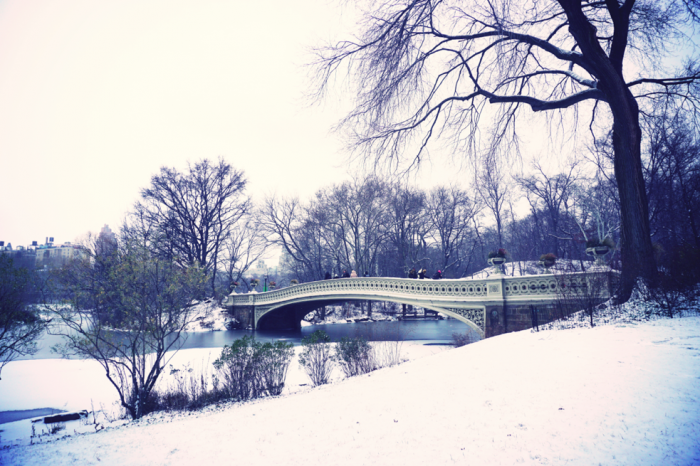 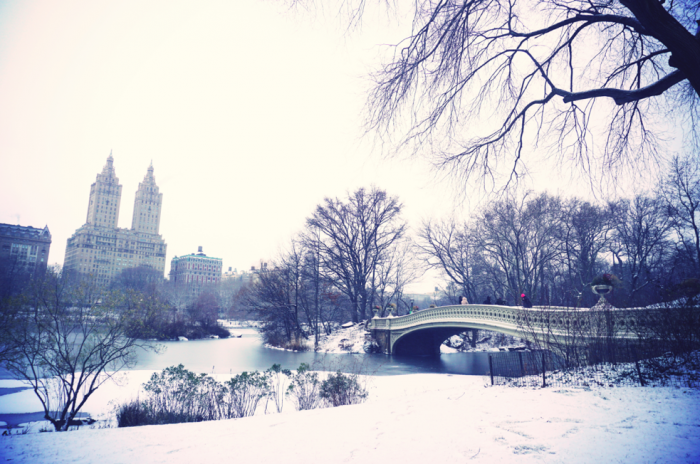 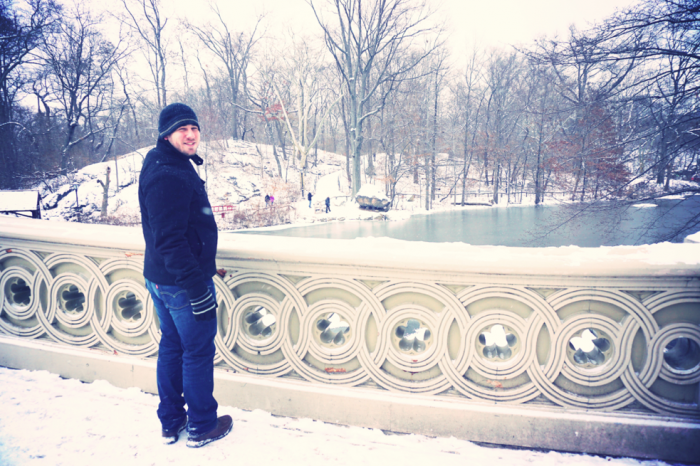 One of my favourite things about Central Park is just getting lost inside of it. It’s huge and you can walk for hours (which we did!) and still only cover a half or even a quarter of it. I think the highest me and Pad have ever gotten is about 85th Street on foot – and that’s barely touching the surface!

One of my favourite spots (surprise surprise) is Bow Bridge, which is about in-line with the 72nd St entrance. It has that iconic view over the upper west side, and the lake too of course! I’ve been dying to get a shot of the bridge covered in snow ever since I saw it in autumn (you can see those photos here) – and now I can finally say I have! 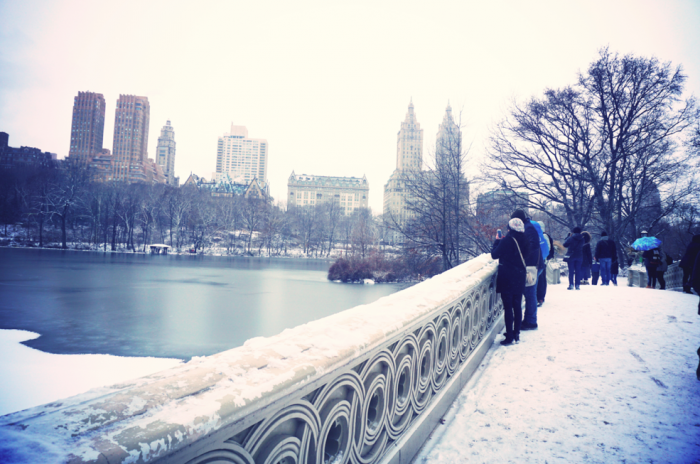 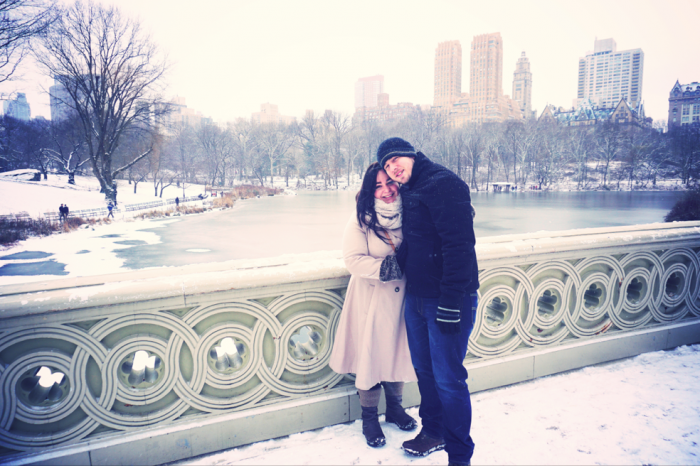 You know when somewhere is just as beautiful and magically as you hoped it would be? Yeah, that. 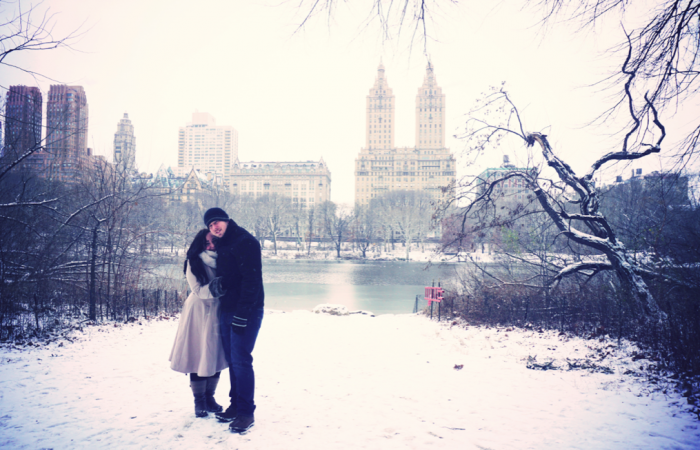 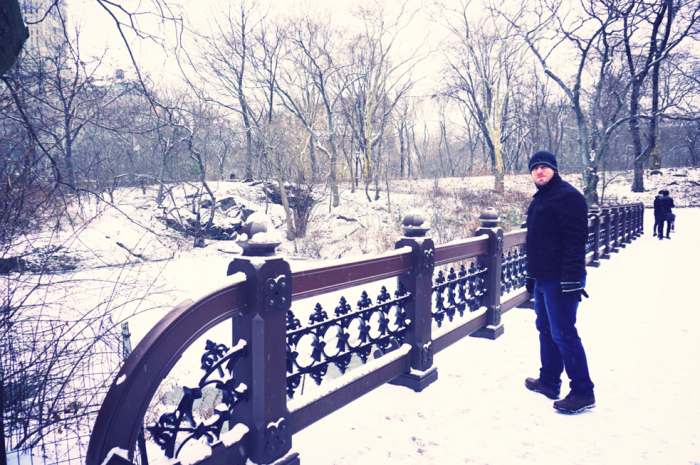 Another thing I love about the park, is all the secret, hidden bridges you stumble across. The bridge above is one of them – it had this incredible view of the city right down past the frozen lake, which was perfection. 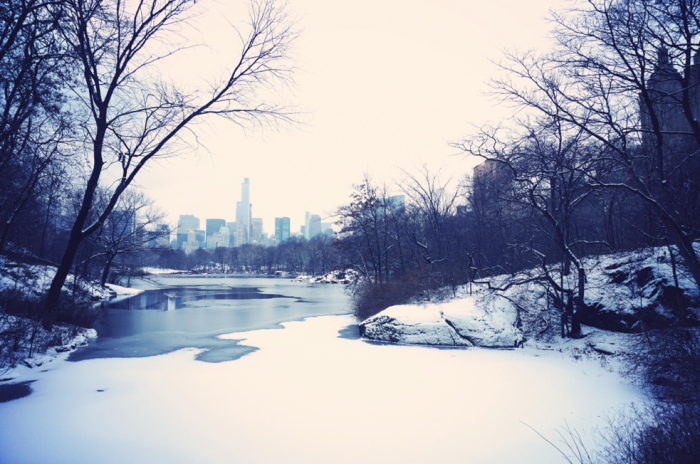 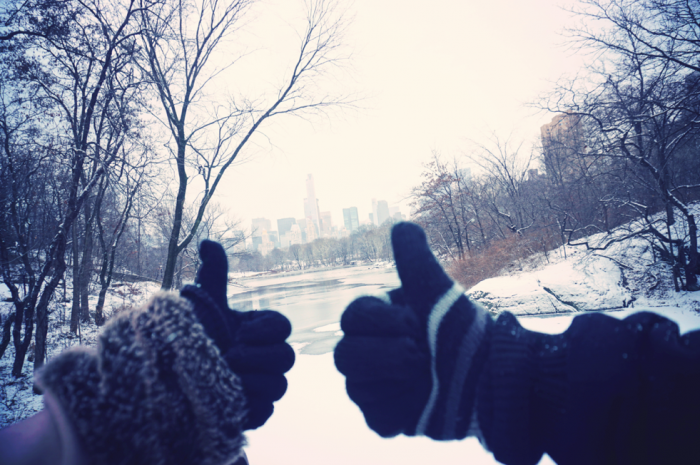 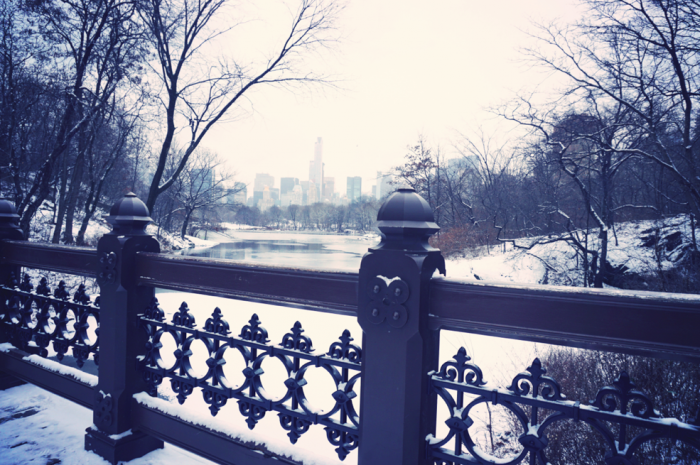 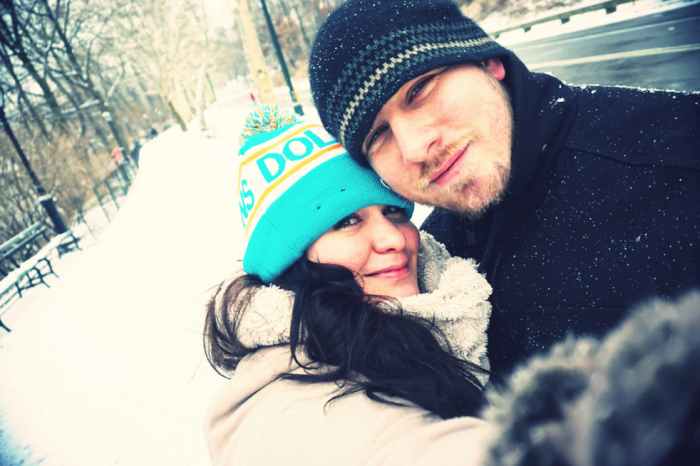 I have to say – I’ve been to NYC in all seasons now – and seeing it in the snow has to come top of the list. Yes it bone-shakingly, cheek-stingingly cold – but it looks like every movie set, every dream, every thing you’ve imagined – and then some. 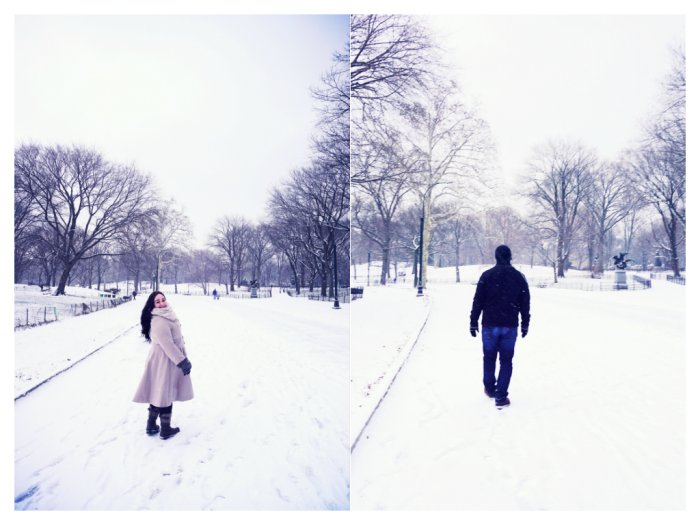 Top 9 Ski Resorts in West Virginia – That you need to check out!

The time we got engaged in NYC.

A weekend in Birmingham… (Our second home!)