What are the best Central Park tours?

Are you looking for the best Central Park tours to help you explore?

Central Park is one of the most famous parks in the world – and when you’re in NYC it’s an absolute must-see. If you’re looking for the best Central Park tours, hopefully this list will give you loads of ideas!

Whether you want to do a walking tour, a bus tour, a bike tour… You name it! Central Park has it all. Here are the best Central Park tours…

First on my list of the best Central Park tours, a walking tour!

A classic Central Park walking tour is always a good idea – especially if you just want someone to guide you around the main areas of the park. In general booking a walking tour of Central Park is great because you remove any worry of getting lost (which is so easy, as the park is so huge!) and instead you can just enjoy meandering around and soaking in all the top sights and attractions Central Park has to offer.

I recommend this walking tour, you’ll be guided around by a former park employee and you’ll get a 2-hour tour of all the park highlights. 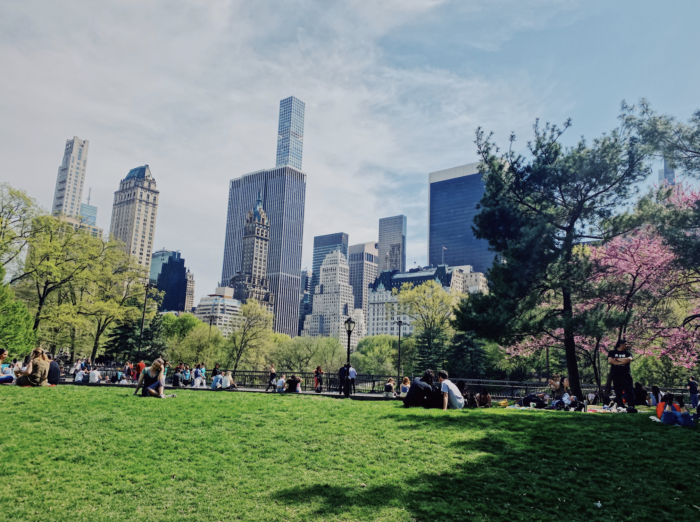 The classic horse and carriage ride

How could I write a list of the best Central Park tours, and not include a horse and carriage ride?

A horse and carriage ride is the classic way to tour Central Park. You can’t miss the horse and carriages in Central Park, but it’s always a good idea to book a carriage ride in advance (to ensure you only pay a fixed amount and don’t get scammed). The tour I’ve linked is a 40 minute tour and will take you to places such as Bethesda Fountain, Bethesda Terrace, Strawberry Fields, Sheep Meadow and other historical and iconic park landmarks. 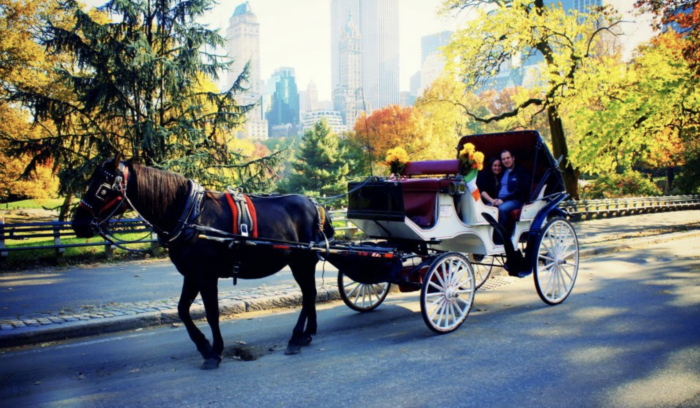 Next on my list of the best Central Park tours, an alternative to horse carriage rides, the Pedicab!

If you’re allergic to horses, or you just don’t fancy the horse and carriage ride, then a pedicab ride is the next best choice. It’s a little more quirky and it’s definitely a lot of fun! A pedicab is basically a small carriage attached to the back of a bike, and your tour guide will cycle around the park past all the must-see places in Central Park. I love the Pedicab rides because they’re quick, easy and you get to see loads. Again, as with the carriage rides, I’d recommend booking the tour in advance. It means your fee will be pre-agreed and just avoids any queuing or confusion. 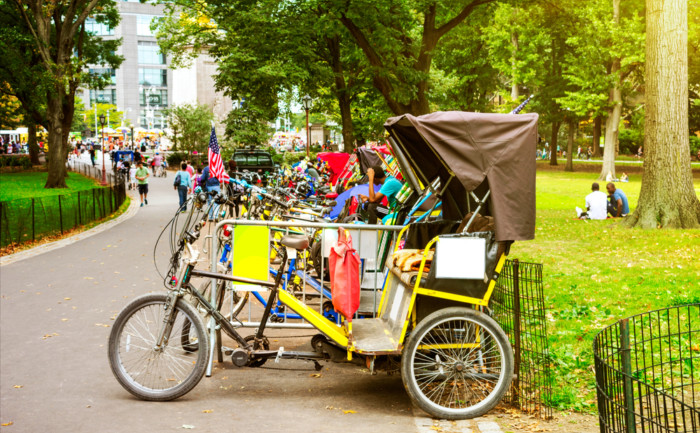 For movie lovers… this might be the best Central Park tour for you!

There have been soooo many movies and TV shows set in Central Park, so if you consider yourself a bit of a movie-buff or TV geek, taking a TV and film themed walking tour around the park is definitely going to be fun for you. I recommend booking this specific tour, it has great reviews and a good itinerary – making sure you squeeze in as many movie and TV locations as possible! You’ll see locations from films such as; Home Alone, When Harry Met Sally, Breakfast at Tiffany’s, Date Night, The Avengers, Friends, Glee and so many more. 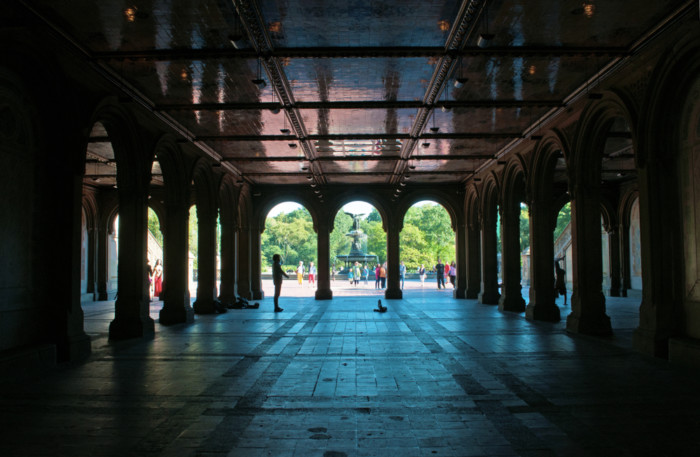 Next up on my best Central Park tours list… A helicopter ride.

If you want to see Central Park from above (and in the context of the city around it) then there’s no better tour than a helicopter tour. Helicopter tours are pretty incredible in NYC – you get to see so much, and the city looks so different from above. For me, it’s still one of the MOST memorable things I’ve ever done, and I’ll never forget seeing the park emerge from behind the skyscrapers and seeing the sheer scale of it! I recommend this helicopter tour – it’s actually a photography  helicopter tour, so you get to fly with the doors open (which is SO DAMN COOL). 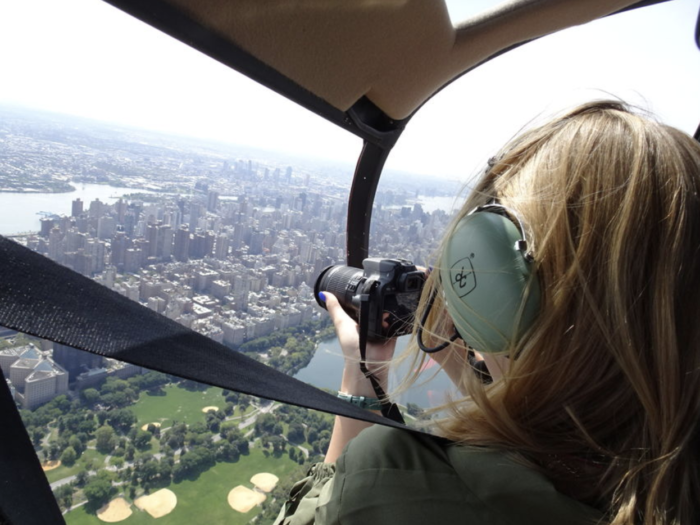 For people reading this list of the best Central Park tours, who already know and love the park – this might be the tour for you.

If you already know the park quite well, or if you want to discover some new areas of Central Park then this Hidden Gems tour of Central Park is a fantastic choice. You’ll explore off the tourist path and be taken to some secret places in Central Park that tourists don’t usually discover.  From hidden bird sanctuaries, historic gun emplacements, you’ll feel like you’re an NYC local when this tour finishes. 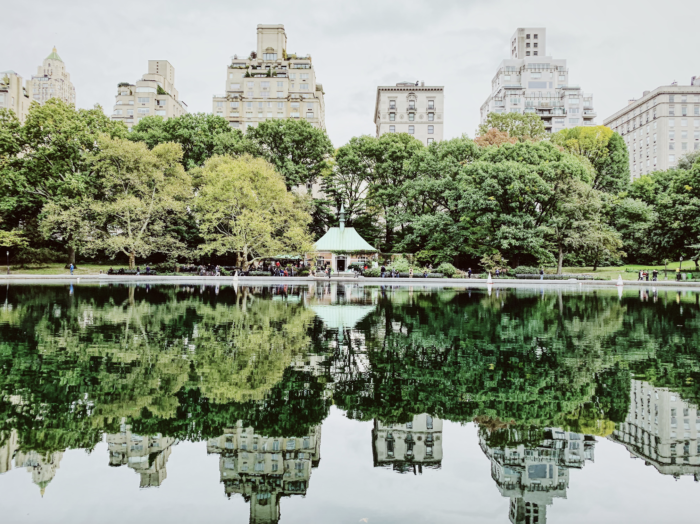 If you enjoying riding your bike and cycling, then taking a cycling tour of Central Park is such a nice way to see the park. You can get around quicker on your bike, which also means you’ll be able to see more of the park than you would during a walking tour. Also, Central Park is an amazing park for cycling – there are lovely bike paths and cycling roads – so it’s great. I recommend this specific tour… it has great reviews, and means you won’t miss anything! They’ll take you to all the key historical monuments, statues, fountains and hidden gems. How could I write a list of the best Central Park tours and not include a bike tour? 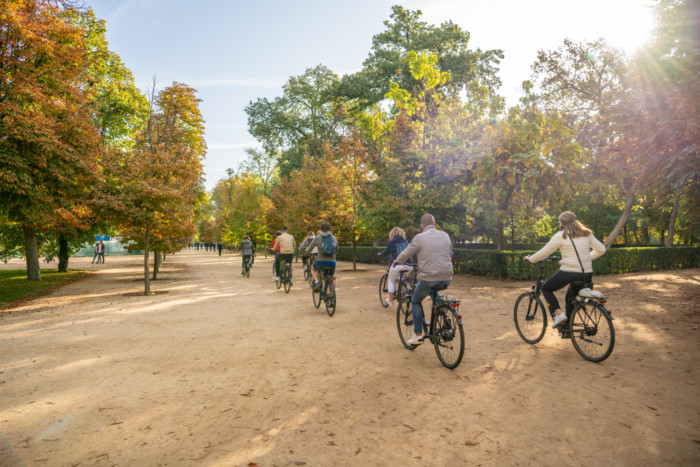 If you want to explore the park by bike, but you’d rather do it at your own pace and on your own terms, you can rent a bike in Central Park super easily! This is a great option for people who want to tour the park more flexibly and don’t mind finding their own way around. You can rent bikes in Central Park by clicking here. Maybe it’s not a traditional ‘tour’ – but it’s so affordable, so I wanted to include it in my best Central Park tours list. 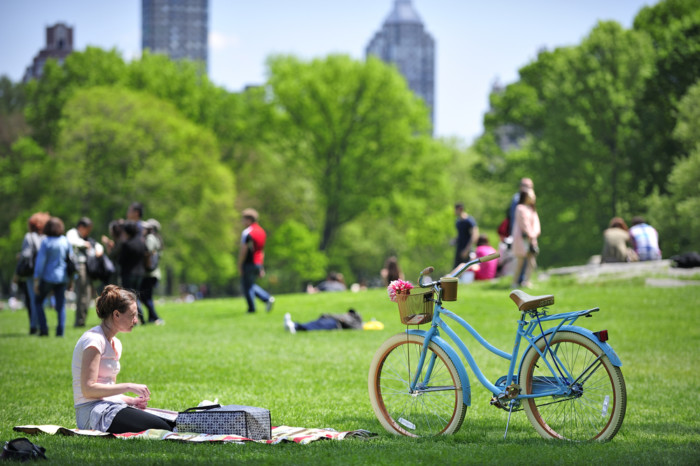 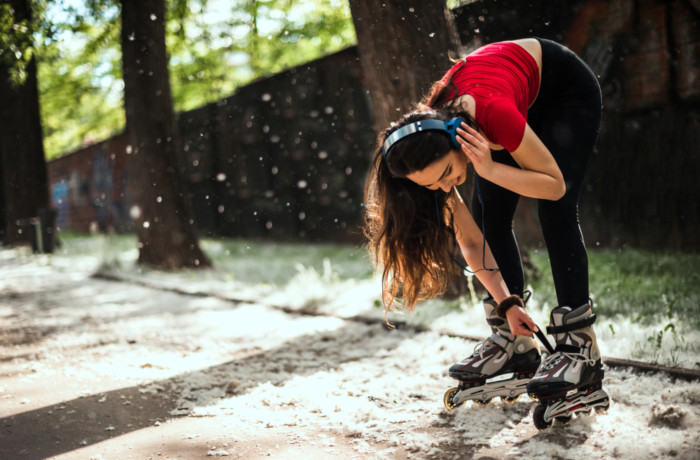 Next up on my list of best Central Park tours, a food and park combo tour. If you want to combine a tour of Central Park with a food tour… then this tour is a great choice! We all know that NYC is famous for it’s amazing food, so combining a stroll around Central Park with some food discoveries is a win/win situation! 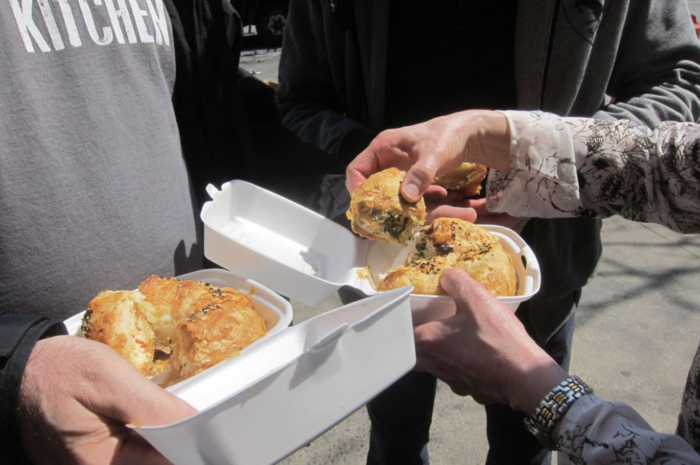 Next on my list of best Central Park tours, something for the history lovers!

Central Park has been around for many years and it’s at the forefront of lots of the city’s history too. If history is ‘your thing’ and you love exploring the historical part of a city, then this specific tour is one you’ll enjoy. You’ll get to enjoy a leisurely historical walk through Central Park, led by a knowledgable guide (who is dressed in historical costume!). Highlights include; the Angel of the Waters, The Ramble, and Shakespeare’s Garden. 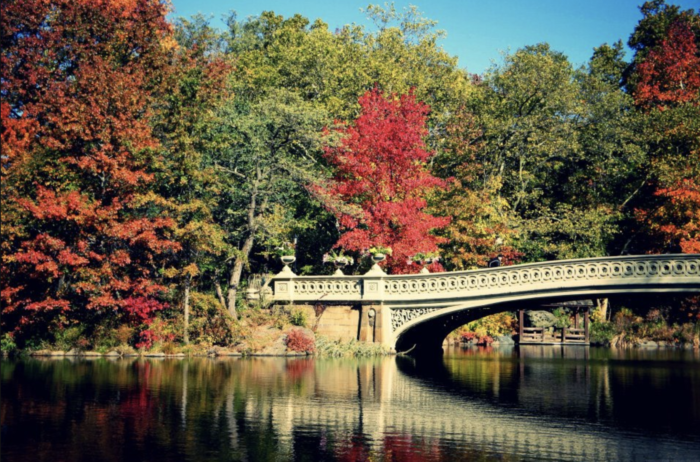 Last up on this list of the best Central Park tours, a running tour!

This is one for the gym-bunnies or the runners! It might be some people’s worst nightmare, but for others, combining a 5K run with a tour of Central Park’s best sights is an ideal combination! This non-competitive 5K running tour that takes you along some of the parks most scenic and beautiful running paths. You’ll make brief stops along the way to explore, take photos and just enjoy the view. 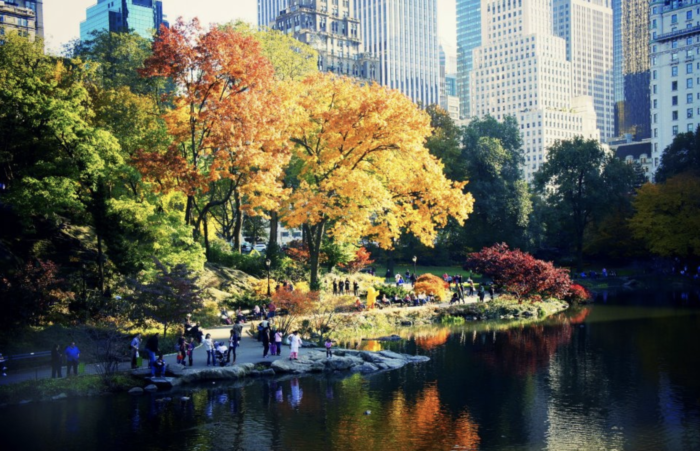 And last up on my New York City travel guide, some other blog posts you may find useful!

I love NYC and I’ve spent so much time here over the years (we visit multiple times a year!). So, as you’d expect, I’ve been writing about this city for almost a decade! Here are some other blog posts I’ve written, that might be useful for you!

The best ways to view the Statue of Liberty

Famous restaurants in NYC from movies and TV shows

Things to do for couples in NYC

Best places to take photos in NYC at night time

How to take a great photo in Times Square

Touristy things to do with a baby in NYC

TOP 22 Best Desserts in Las Vegas! The Ultimate List You Need to Try!

Top 15 Things to do in Gatlinburg – For Any Budget