Hop on Hop off New York Bus Tour – Is it worth it? 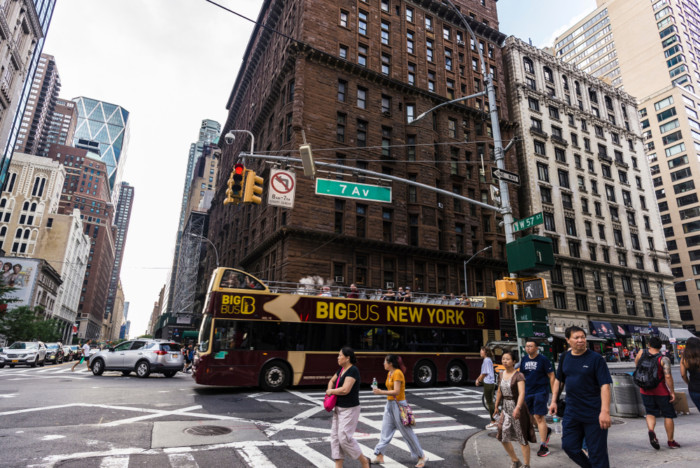 Are you wondering if the Hop on Hop off New York Bus Tour is worth the money?

A Hop on Hop off New York bus tour is one of the classic ‘touristy’ things to do in the city. In fact, you’ll often spot these tour buses around the city, full of tourists getting their fill of sightseeing.

But is the Hop on Hop off New York Bus Tour worth it, and is it something you should spend your money on?

In my opinion… YES! It’s worth it!

They’re both extremely similar in what they offer (I’ve done both) – so this post applies to both companies.

What makes a Hop on Hop off New York Bus Tour worth it?

In my opinion, it’s one of the easiest ways to see the city, and tick off a lot of the major sights in one day.

The Hop on Hop off New York Bus Tour has been designed to fit in all the main sightseeing must-sees in the city, and it’s also a lot of fun too.

Here’s why I think the Hop on Hop off New York Bus Tour is worth doing….

If you’re visiting NYC for the first time, you might be feeling a bit overwhelmed with how much stuff their is to see and do.

The Hop on Hop off New York Bus Tour is a great way to make sure you at least glimpse all the main sights and attractions.

The pre-planned route that the bus takes is designed to fit in as many sights as possible, so you know you’ll be driving past all the good stuff (so you can be poised, camera ready!).

If you are visiting NYC for the first time, I HIGHLY recommend booking the Hop on Hop off New York Bus Tour for your first day.

You can use it as a chance to see loads of stuff, but also to work out where you want to go back to in the following days. 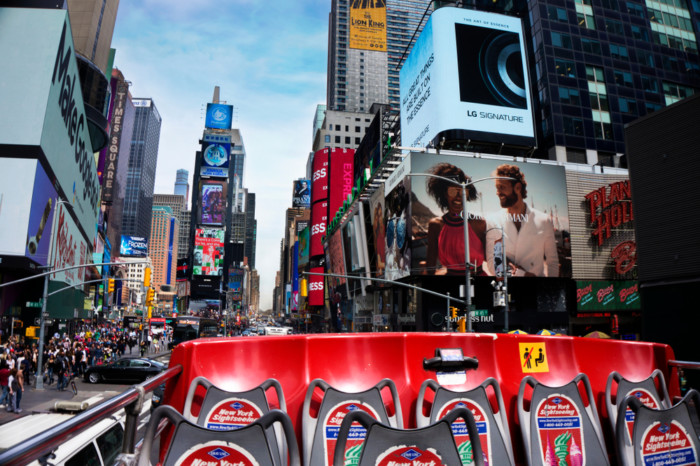 If you jump on a bus with a good tour guide, then the tour is genuinely interesting and you learn a lot about the city.

I know a lot of people think it’s just a sightseeing tour, but it’s nice to drive around the city and have facts and information given to you, so you actually learn about the city too.

If the idea of navigating the city on your own is a bit daunting, and you’re a little bit apprehensive about using the Subway, then you can essentially use the Hop on Hop off New York Bus Tour as you means of getting around the city.

The map they give you is super easy, and each bus stop is usually located right by a corresponding attraction or sightseeing point.

So you can get off wherever you want to explore, and then jump back on another bus once you’re finished.

It makes the whole experience of sightseeing in NYC so easy! 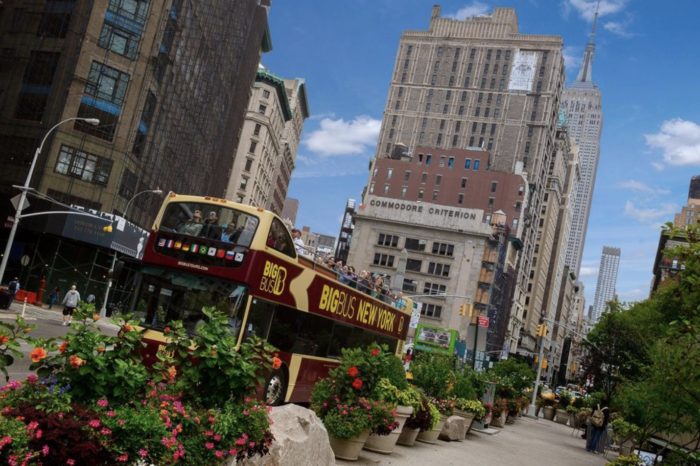 Reason 4: You can bundle it with a ferry or night tour

I like that you can bundle your tickets with a ferry or night tour – as it just lets you do that little bit more during your NYC vacation.

Ferry tours are amazing in NYC because the skyline looks amazing from the water (so that’d be my personal pick!) but the night tour would also be a great choice for anyone wanting to enjoy the skyline views during the evening.

Anyway, I like that you can bundle these together with your bus ticket – it means you save money and time!

Reason 5: You get amazing photo opportunities

I love photography, so this is a major plus point for me. Sitting on the top deck of the bus gives you pretty epic photo opportunities you just would be able to get any other way.

It’s also pretty consistent too – every new street or every corner you turn there will be something else to take photos of! 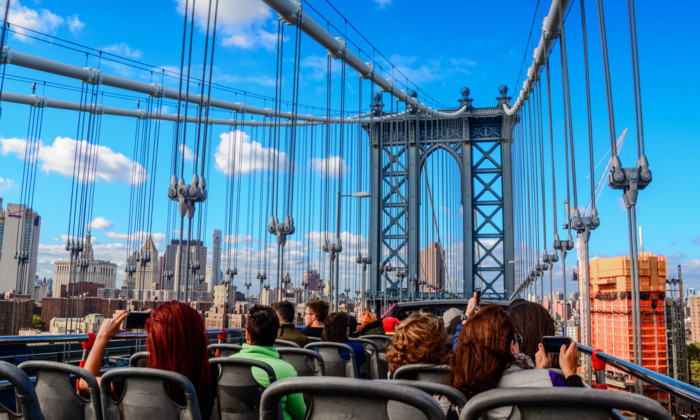 Reason 6: You get to see Uptown, Midtown and downtown

NYC is pretty big, and it’s easy as a tourist to get swallowed up exploring one area – and you forget to venture a little further afield to see other neighbourhoods.

A Hop on Hop off New York Bus Tour means you can see lots of different areas in the city.

The 2 loops are Uptown and Downtown, so each loop takes you past different sights and attractions where you might want to hop off and explore.

As I mentioned above, you’ll also have access to live audio commentary from your tour guide too – which makes it so entertaining and educational!

They will make sure you don’t miss anything important! 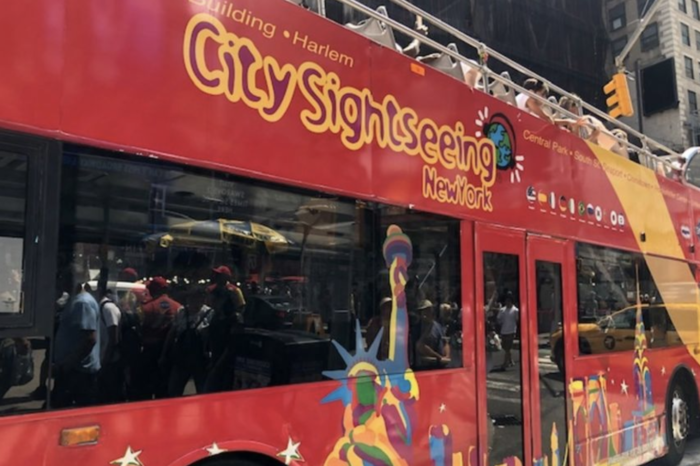 As you can see, there are a lot of stops to explore, and so many opportunities to get out and explore NYC using the Hop on Hop off New York Bus Tour! I hope this blog post has been useful and you enjoy your trip to NYC!

18 of the Best Restaurants in Tribeca, NYC! That We Know You’ll LOVE!

15 fun ideas for bachelorette parties in NYC (that the bride will love!)

30 fun things to do in Las Vegas during the day – That you’ll LOVE!