We all know that big American cities like New York and Los Angeles have provided us with some seriously iconic movie locations. But the nation of New Zealand has also delivered some stunning scenery for some massive blockbusters in the past couple of decades.

New Zealand is actually one of my favourite place in the world – and somewhere I’m mega excited to visit again later this year! When Pad and I lived there we literally lived in one of the country’s most famous movie locations, but I thought it would be interesting to check out the best way of seeing some of these other epic vistas that have inspired the massive films. 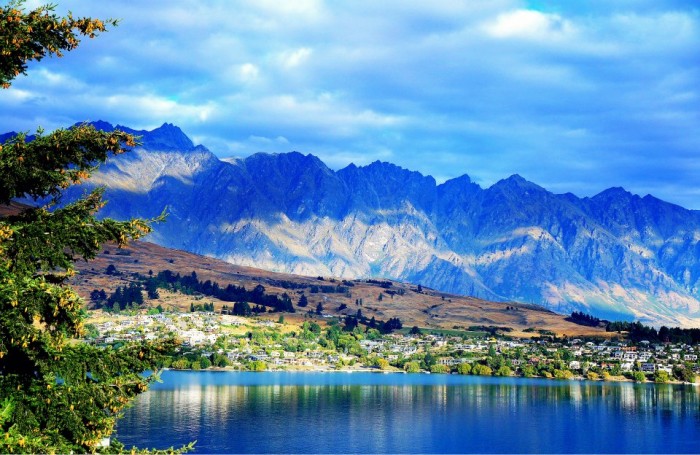 New Zealand has  definitely become a lot more recognisable thanks to the famous movie director Peter Jackson. The Wellington native used the wild terrain of the country to great effect in movies like King Kong and the Lord of the Rings series. And with a movie museum planned for Wellington, it’s evident that New Zealand is showing an increased appetite to display its cinematic legacy.

If you’re keen to check out the real-life locations of the Lord of the Rings movies, then where better to start than by heading to Matamata in the North Island to take a tour of Hobbiton.

Given the sheer scope of Tolkien’s Middle Earth, there’s no shortage of Lord of the Rings locations to visit, whether you want to stroll in Fangorn Forest on the South Island or prefer to see the site of the epic battle between the Rohan and an orc army in Mackenzie County.

We lived in Queenstown, which is actually where a lot of the case lived whilst filming, and the surrounding mountains were used a lot in shots and panoramas in the LOTR movies.

There are plenty of online resources that can help pinpoint these filming locations as many more tourists head to New Zealand thanks to the way that Lord of the Rings has become an endlessly appealing merchandising opportunity.

The Lord of the Rings director Peter Jackson has also had a hand in establishing the Weta Workshop that has pioneered many of the cutting-edge design aesthetics of many modern movies. This can be seen courtesy of a visit to the famous Weta Workshop museum that showcases how the Wellington company has managed to create eye-opening special effects for movies as far-ranging as Mad Max: Fury Road and Thunderbirds Are Go.

So as well as the far-reaching effects of Lord of the Rings reaching mobile casino sites, it looks like New Zealand’s cinematic influence will soon many more movies hitting our cinema screens soon.

That Night We Slept in Jail.

18 Amazing Places of Interest in Singapore

Tips for having an amazing New Zealand Holiday