New Zealand is STUNNING in the summertime. So we’ve been making the most of it. I love the south island and it’s epic landscapes, and beautiful mountains so any excuse to get out and explore them sounds good to me. I would advise anyone wanting to explore the south island (especially Otago and the Queenstown area) to rent a car – even if it’s just for a day or two. You can see so much in the car, and you often stumble across hidden gems that you’d never have seen if you’d been in a coach or airplane.

Anyway here are some photos! 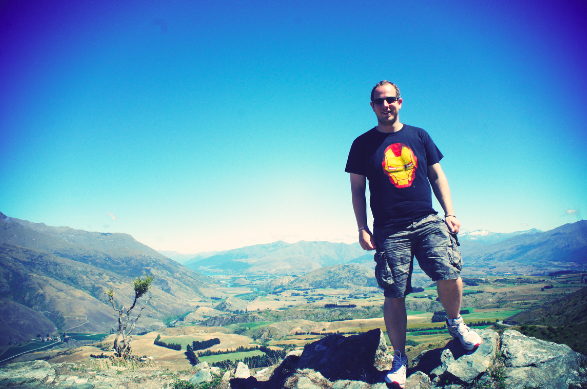 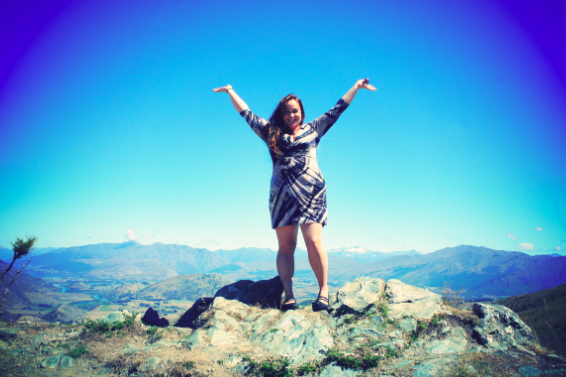 These (above) were taken near Pisa Mountain, on the drive from Queenstown to Wanaka. The view from up there is beautiful, you can see the valley stretch right in front of you all the way to Lake Wakatipu. If you’re cruising along the mountain roads, it’s pretty easy to stop off at little view points like these, and it’s definitely worth getting out for a view like this! 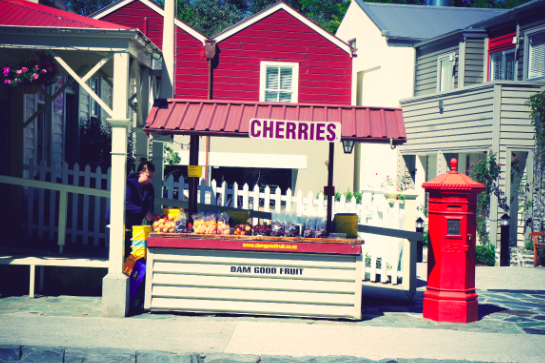 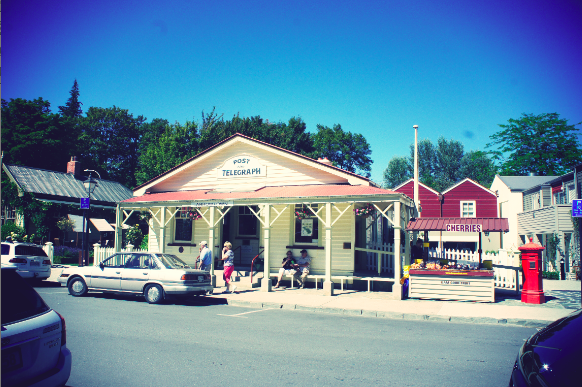 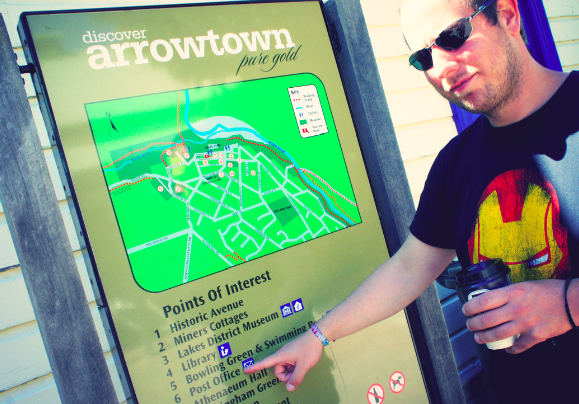 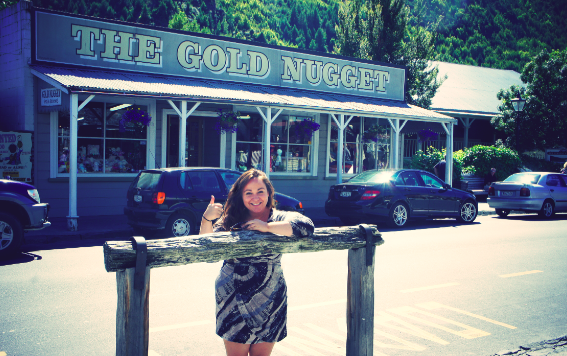 We also stopped off in the tiny town of Arrow Town, which was originally a gold miners settlement – in the gold rush that populated the Otago area around 150 years ago. To be honest, there isn’t much there, but it’s worth a coffee and an ice-cream and a quick walk around. It actually reminded me of a little western cowboy town you might see in an old movie, it felt a little out of place so close to Queenstown!

We then ventured over to Wanaka – somewhere which (before we’d visited) we heard many times likened to Queenstown. In all honesty, I don’t really see the similarity, sure they both have big lakes and mountain views – but the atmosphere and vibe of the two places are hugely different. I don’t know if it’s my overwhelming love of Queenstown that makes me biast – but I don’t think Wanaka compares to Queenstown in the slightest. If you were weighing the two up against each other unsure of which to stay in – I’d go for Queenstown every time. Queenstown is magical. 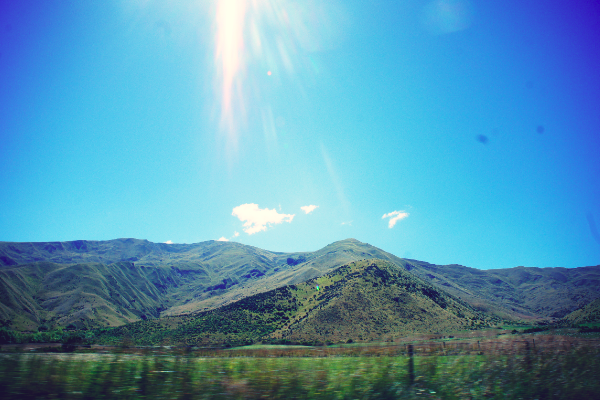 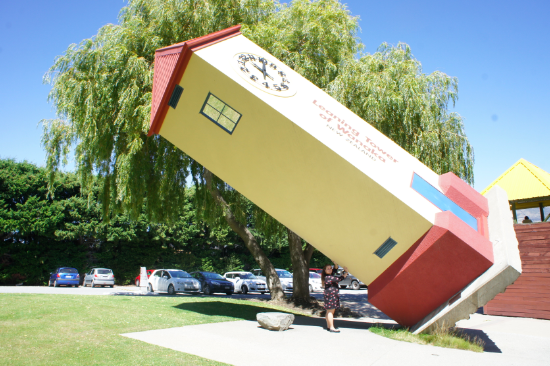 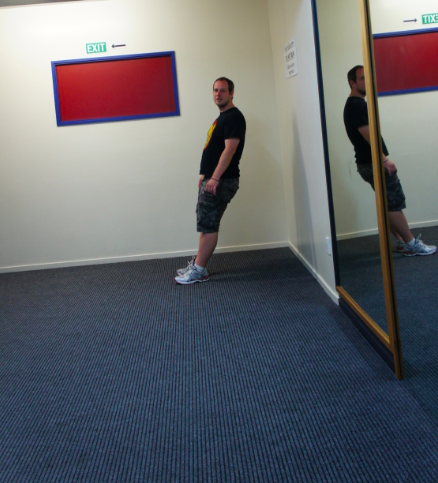 The weird photos above were taken at Puzzling World in Wanaka. It’s about (NZ) $18 per person to enter, and it’s a fun way to spend the afternoon. In particular there is this balance room (pictured above) where you literally just find it impossible to balance or walk around. Pad and I both nearly feel head over toes multiple times. It’ll completely mess with your mind! At one point, Pad and I were near the exit, and this Chinese tourist entered at the top, poked his head round the wall, and just said “help me” and all three of us burst out laughing. It’s definitely an experience, and unlike any room you’ve ever been in before.

The rest of the photos were taken around Queenstown at various points from the last two weeks. Queenstown is surprisingly big, and we’ve really tried to explore as much of it as possible recently. One of our favourite spots is Kelvin Heights, on the small beaches near the golf course. You feel a million world’s away from the bustling town centre, and yet it’s pretty easy to get to. Don’t bother going by taxi or bus though (that’ll take 25+ minutes, as it’s right around the lake) instead, go in the water taxi. 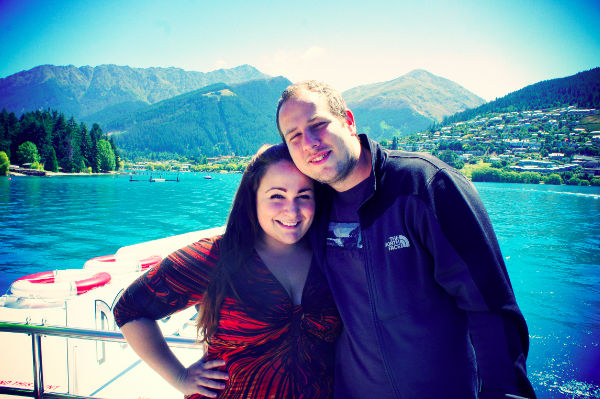 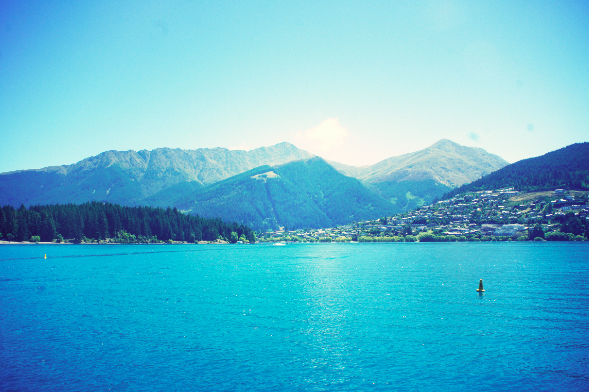 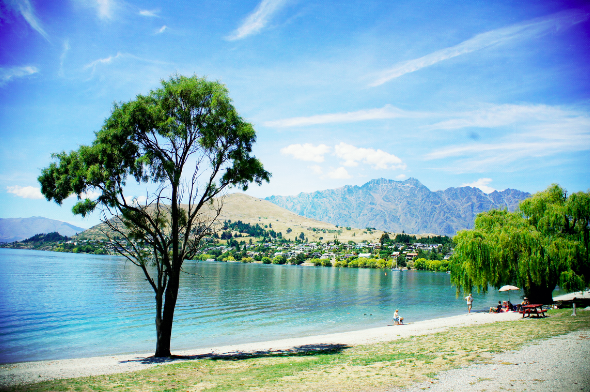 This one was taken from the beach in Kelvin heights. I think it’s one of my favourite photos so far, because it just sums up how gorgeous the place is completely. Pad and I actually walk right across the the hill you can see in the background (and further) with very little water on a very hot day. After I got the the brink of dehydration we gave up, and headed to the road to catch the bus home! It’s a much longer walk than it looks, especially in 30 degree heat! 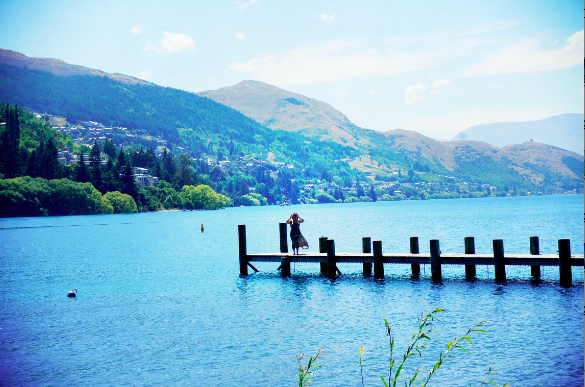 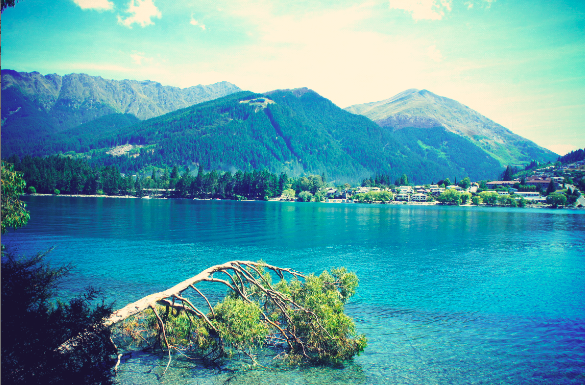 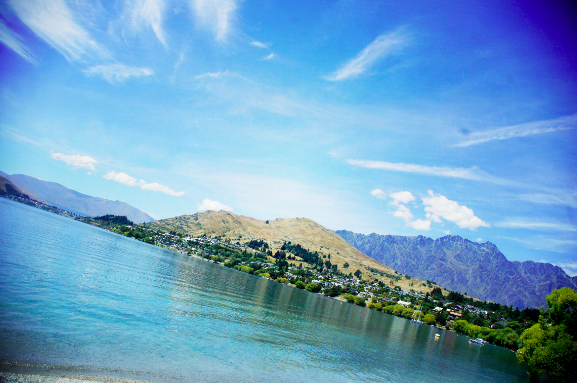 And of course, no summer in New Zealand would be complete without a boat trip…. So we went on one. 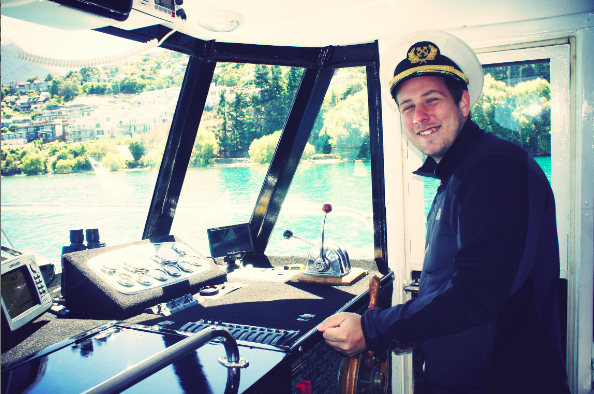 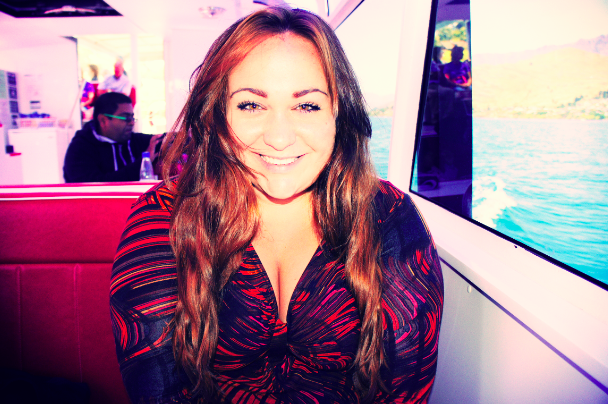 And last but not least, some more random but lovely photos I took… The sunset ones from our balcony might be my favourite, I think I’ll get them framed when we’re back in London. Even now as I’m typing there is a stunning sunset outside, so much so you feel bad for watching TV – because the view outside almost rivals it for entertainment. I’ve never known anywhere to be so vivid at sunset than here. 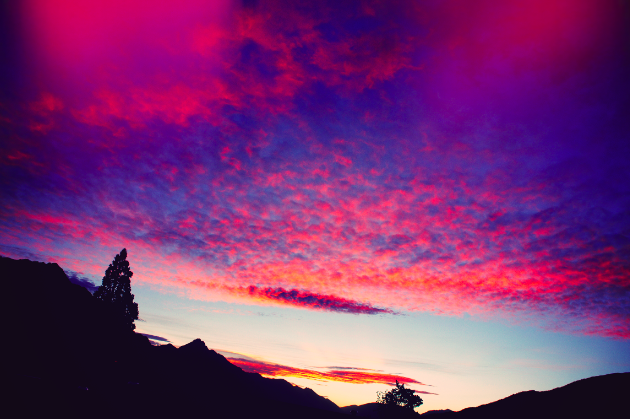 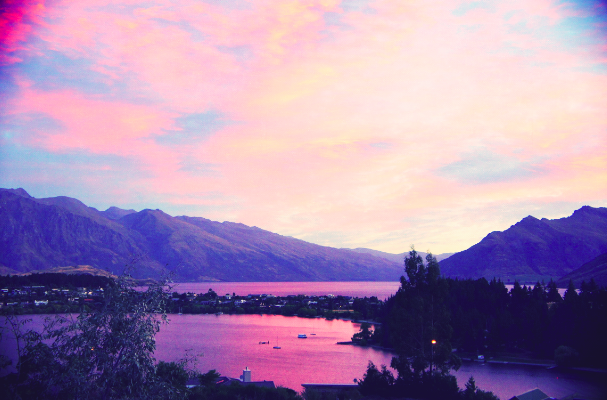 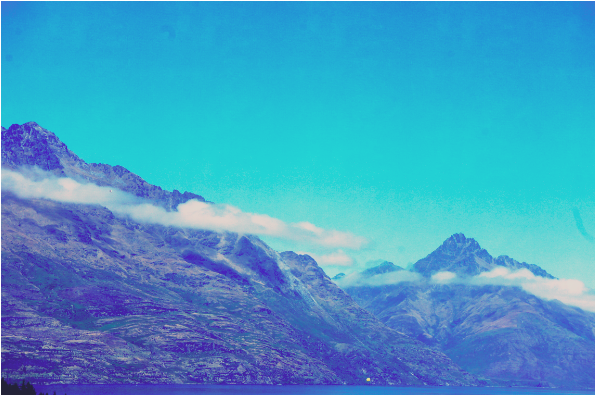 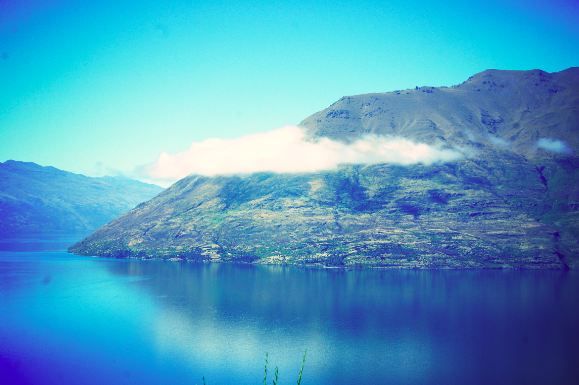 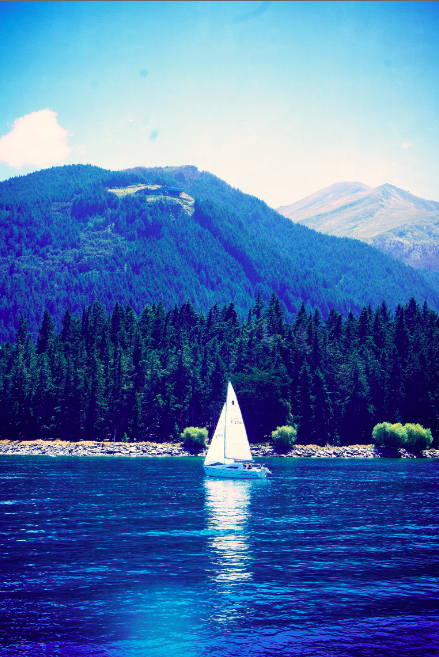 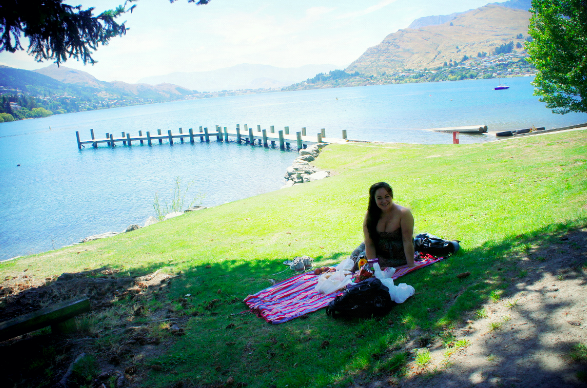 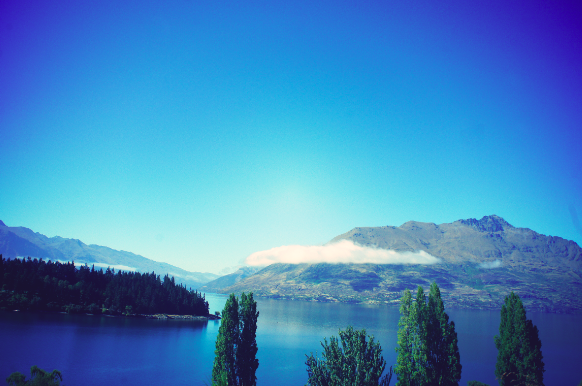 Swimming in the Lake: Queenstown

My only regret from travelling the world….

The stories behind the photographs.

Getting techie with it.