The problem with growing up.

I started this blog way back in 2012, when my boyfriend and I (he’s now my fiancé!) decided to pack up our London flat, and go travelling for a year.

Here’s a cheesy then and now photo, to illustrate how young we once looked… 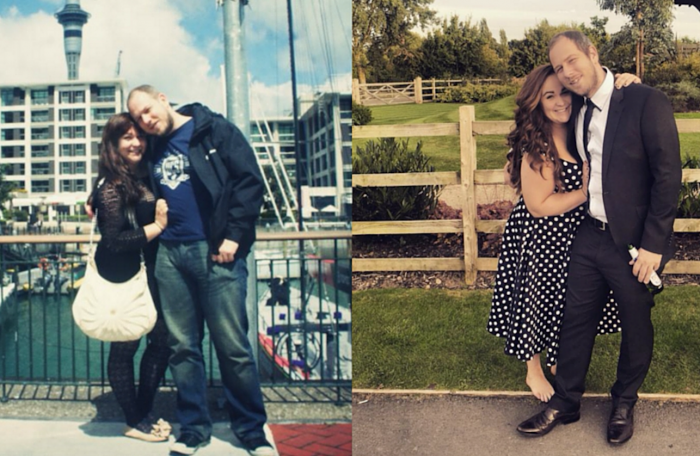 My main observation from before (left) and now (right) is how good Pad looks in a suit. And the fact he event owns a suit now (and will willingly wear it) may actually be the biggest change during the last 3 years.

This blog was something different back then.

It was a travel diary, a letter to friends back home and a way for me to remember all the amazing memories we were making.

I read back some of those blog posts, and it’s like being transported back there. I can remember every little details about the hotel room I wrote it from or the dodgy hotel WiFi I had to try and conquer to get it uploaded. Life during that year was this giant adventure, a different place every few days, flights, airports, beaches, food… basically a never ending supply of things to write about. 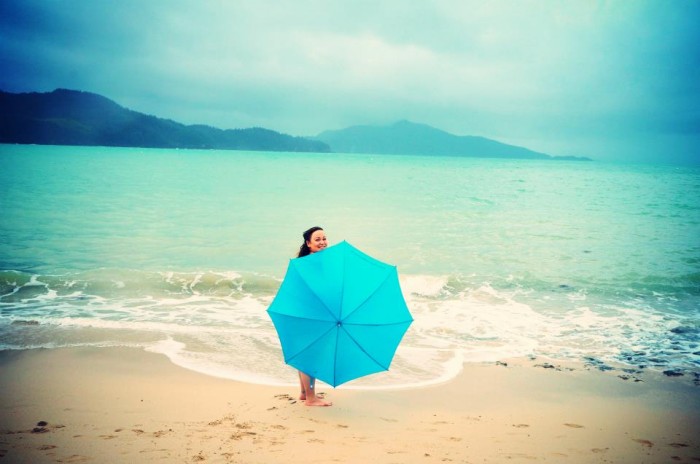 I knew when we got back to London (back to real life) that the blog would slow down a little. That wasn’t going to come as any great surprise. I wasn’t travelling anymore. When I had once been moving to a new country or city every few days, I was now settling in for the long haul and signing one-year leases on apartments.

For a while I kept writing about the places I had been to the year before, thinking of new angles, or thinking of things I’d missed at the time. I took so many photos, that I was never going to run out…. Surely? 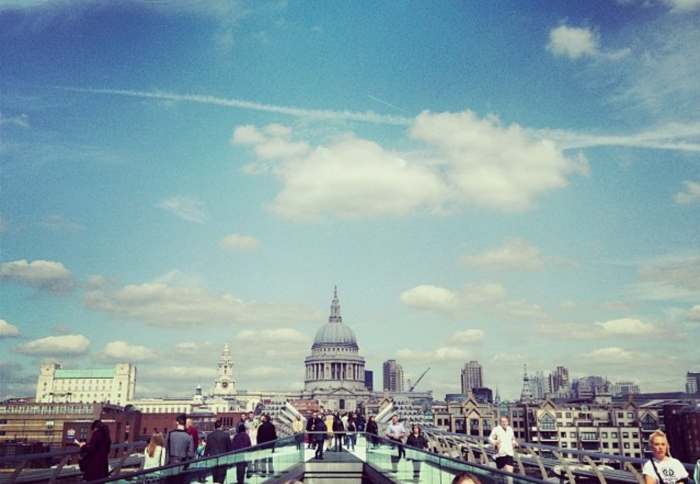 And for a while, it was working, and it still is I suppose. I got nominated and invited to The Cosmopolitan Blog Awards for ‘Best Travel Blog’. The traffic is better than it’s ever been (one thing I’m really proud of is how much traffic the blog receives) and I’m lucky to be listed often in ‘travel blogger round-ups’. I even topped my personal goal for Instagram followers this year.

But despite all that, the inevitable happened.

I began to feel like a bit of a fraud.

It’s hard to feel like a travel blogger, when you’re barely travelling at all. And for the past two years I haven’t been really, because other things in life have taken priority.

Here are the trips I’ve taken in the last two years:

This is probably a lot compared to some people (and I’m grateful everyday that I get to travel when I do) – but compared to before when we were constantly moving and exploring, and compared to other travel bloggers out there who are constantly on the road – it’s hardly anything. And I started to feel that in a big way.

They say ‘comparison is the thief of joy’ and I guess, that’s what has started to happen. I can’t keep up with other travel bloggers anymore, because I have other commitments, responsibilities, interests, hobbies, limitations – that make travelling much more difficult. 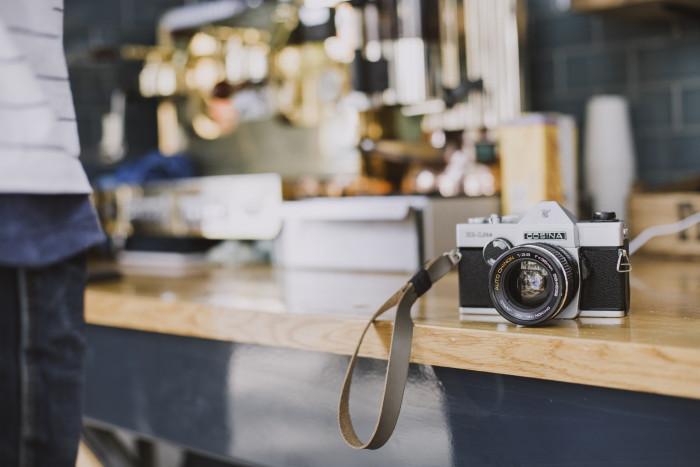 So why isn’t it working?

Well, it’s not for want of trying. I’ve been offered many press trips this year, which would’ve boosted my travel count hugely – but having a full-time job has stopped me from being able to accept pretty much all of them.

I only have so many days holiday to work with now, and the days when I do go away, I want it to be with people I love.

We’re also planning a wedding at the moment, which is expensive. And even though the wedding may have stopped us travelling as much as we’d hoped, to be honest, I’ve loved every second of the wedding planning, and we have such an incredible day planned that it seems an equal trade-off for a few vacations.

But, non-the-less, it’s hard to be jetting off here there and everywhere, when you’re putting all your savings aside for something else. I’m sure it’s the same for people buying a house.

Is it time for a change?

I think because of the nature of my blog, and being a ‘travel blog’, I’ve actually felt a bit ‘pigeon-holed’ into it this year. I’ve had so much ‘other’ stuff I’ve wanted to write about this year… 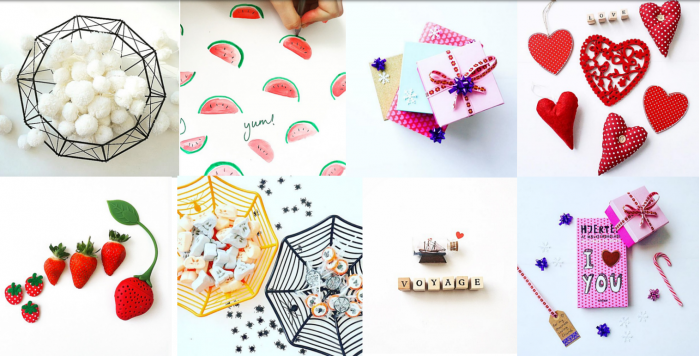 But because none of this was ‘travel’ related I haven’t felt like it belonged on here. So it didn’t really belong anywhere.

Which brings me onto a decision.

It’s time for a rebrand.

The truth is, I’m not a travel blogger anymore. I’m a blogger who sometimes travels, who knows a lot about travel and who LOVES travel – but who also knows and loves a lot of other stuff to. And whose life is a big messy mix of lots of wonderful things. 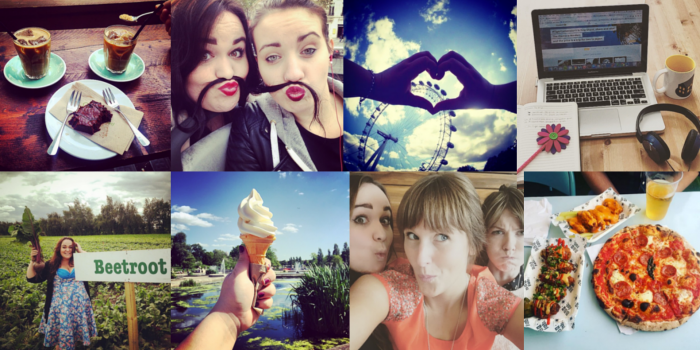 I’m not sure when it’ll happen (hopefully soon) but it’s time for my blog to reflect how I’ve changed. This doesn’t mean an end to travel stuff, it just means a beginning to lots of other stuff.

I’ve grown up. I have responsibilities. I’m not a 22 year old living out of a suitcase any more, and actually I’m kind of good with that. I have a super awesome fiancé, and a soon-to-be best wedding ever, an amazing apartment in London, a job where I create cool stuff. Maybe the new tagline of my blog should be:

When I want to write about the cool snowflake jam-tarts I made, or the ridiculously delicious cupcakes Pad made – I want that to be OK and to belong on the blog just as much as a weekend in Europe or a road trip in America. I want to write about all the cool stuff I’ve bought for the wedding, and about colour-schemes and flat-lays and alls that other creative stuff I’m doing day in day out. 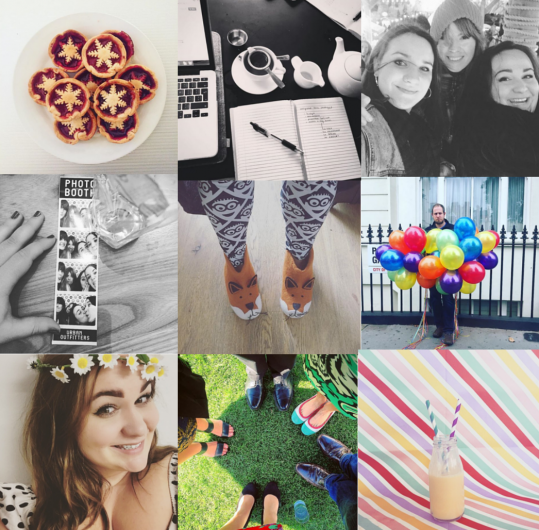 I also noticed this year (and it’s probably another factor that has lead me to this decision) is that I don’t read many new travel blogs any more. I still have my favourites; Angie Silverspoon, Jess Gibson, The Everywhereist and Girl Tweets World and Pack your Passport – but I read these blogs because I know the women writing them are lovely and I’m interested in reading their adventures and seeing their photos, because it’s about them, not necessarily because it’s about travel.

I haven’t been doing much new-reading in travel this year, and I’ve barely discovered any new travel blogs.

The blogs I have loved discovering this year have mainly been lifestyle blogs, and that’s a big sign for me that it’s where my interest is leaning. I’ve loved reading Poppy Dinsey, The Processco Diaries, Girl Lost in the City, From the Corners of The Curve, The Londoner and a load more.

So we’ll see where it goes 🙂 and where the blog heads. But hopefully it’s somewhere good!

Travelling to Italy: Tips and Tricks