First impressions of Los Angeles from a California newbie.

Growing up I always imagined that Los Angeles was where I belonged. Like my long lost home. The beaches, the walk of fame, the sunshine, the shopping – all of it seemed like this perfect place I was destined to end up. And I’ve been toying with the idea ever since it was first conceived.

Maybe it was all those teen TV shows growing up that kept the idea alive, like if I moved there I too could be BFF’s with Mary Kate and Ashley.

This summer, Pad and I booked a our big annual holiday in the States, with 5 days in San Francisco and 5 in Las Vegas (we just got home yesterday and I am writing this in my hazy jetlagged state of tiredness). But I wanted a little extra, so decided to do 3 days in Los Angeles before meeting him in San Francisco. Pad had been before a couple of times, and was pretty honest about the fact that it just wasn’t his cup of tea. 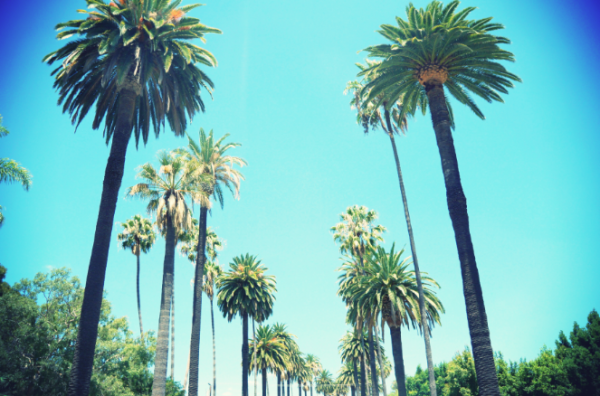 I’d never been to Los Angeles before though and I was so excited to finally see the city, and even more so to see it on my own, and explore somewhere by myself. As someone who has done most of her travelling with someone else in tow (boyfriend, friends, family) the prospect of seeing somewhere all by myself was kind of exciting.

I was staying at The Redbury Hotel, Hollywood (read my review here) – so I was literally going to be right in the middle of everything. 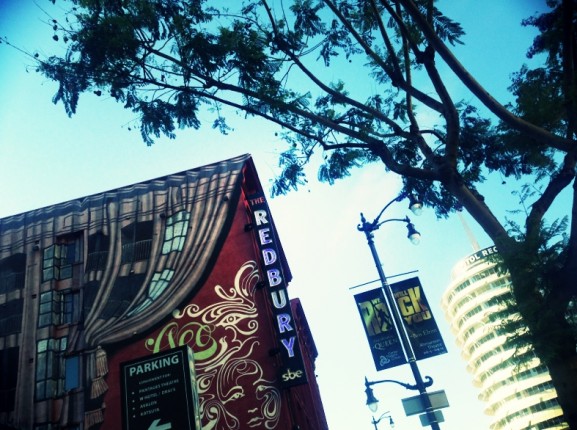 So what did I make of Los Angeles?

Well first of all, it’s really massive. There is downtown LA, Hollywood, Beverley Hills, Santa Monica and it goes on and on. So just because you don’t like one bit of LA doesn’t mean you won’t love another part of the city.

For me, the downtown area and the Hollywood area felt a bit faded. 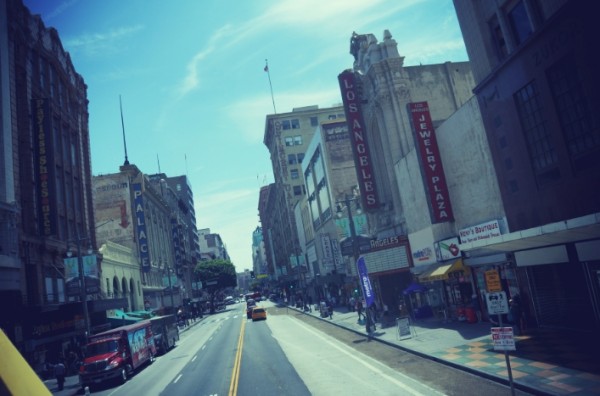 Like a place that was once something really special – somewhere really important, but it had all faded with age. I heard all the stories of magnificence, glamour and excitement on the various tours I did whilst there, and the various books I had read: from the beginning of the movie industry to the bustling 50s, 60s and 70s where the city was the pinnacle of parties, celebrity and everything in the industry revolved around the centre of the city.

You can still see shadows of what the city once was – whether it be an old vintage advertisement painted on a random wall, or a beautiful art-deco cinema that was once used to premiere classic Hollywood movies. The evidence is all there that this place was once magical. It just didn’t feel that way anymore. 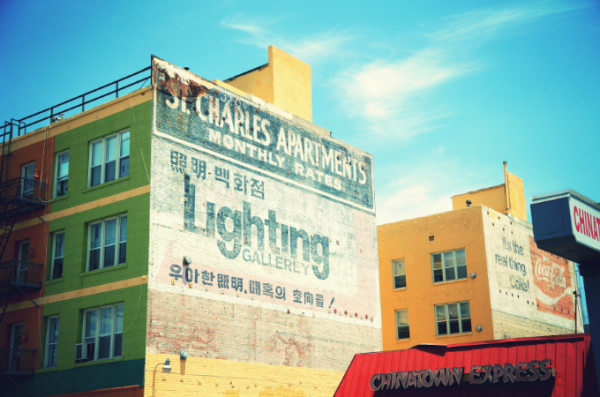 Other observations about downtown and Hollywood…

The city is a bit scruffy. I guess that comes with being so huge and spacious – but there were many areas that simply weren’t cared for, weren’t looked after and seemed a bit forgotten about.

Another thing I noticed about the city, which made feel a bit uneasy as a solo female traveller – was the sheer amount of homeless people. One day I planned to go to the local park (the weather was gorgeous) and on sunny days in London the park is usually filled with locals and families looking for some fun in the sun. So I figured it’d be the same here. 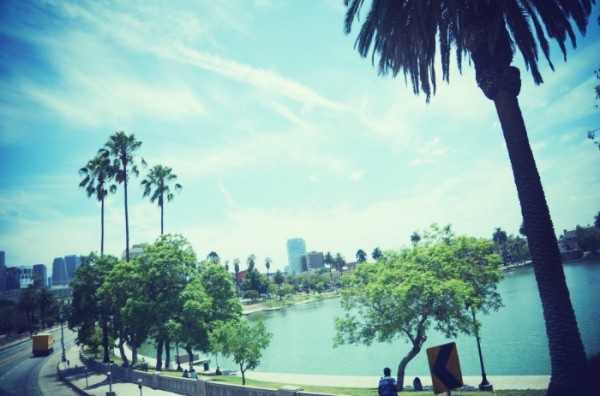 I thought a few hours with my kindle and a coffee would be perfect. When I arrived the park was already filled to the brim. Not with families, locals or even tourists and holiday makers though. With homeless people.

Now I know that just because someone is homeless, it doesn’t mean that they’re dangerous. I’m not that stupid. But what I do know, is that as a female, travelling solo, I need to make sure I’m putting myself in safe situations. And this one wasn’t as safe as it could’ve been. It also made me kind of sad too to see all these people in a situation like that, with their entire life possessions in a shopping trolley, or a rucksack or a shopping basket. I found myself asking how the city had let it come to this, and why there wasn’t more options for these people on the streets.

I’ve never before been to a city with so many homeless people.

Beverley Hills was beautiful. But that was hardly surprising! After all, it’s where the elite live, and it’s groomed and looked after because of that. If people have the money – somewhere will always look polished and perfect. 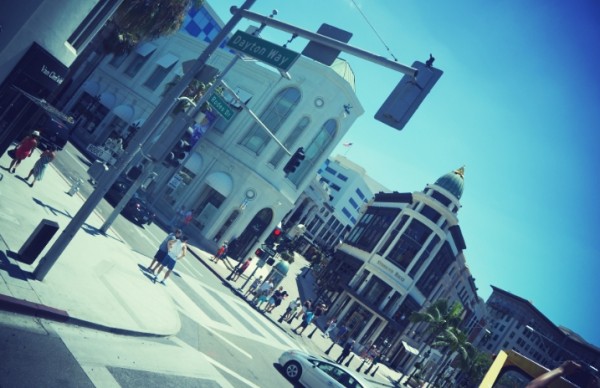 The residential streets I explored were ‘storybook’ prefect. Exactly what you’d expect from LA I guess. Apparently Beverley Hills residential streets paint their fire hydrants silver because the normal colours don’t look nice enough for the houses and don’t match the ‘decor’. That made me laugh. But in a funny way, it kind of summed up the area.

I explored the shopping area too, the famous Rodeo Drive and surrounding streets – and as you’d expect – it was all gorgeous. Lots of beautiful people buying beautiful things. Don’t expect to be able to afford anything unless you make a habit of shopping in Gucci and friends normally! 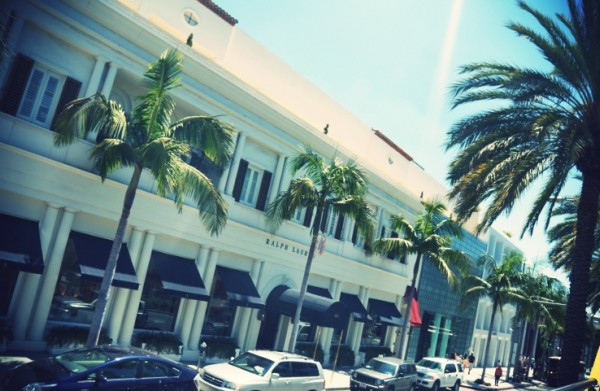 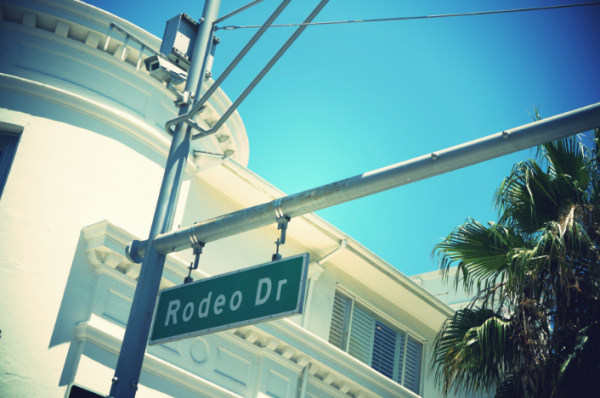 I also spent a day in Santa Monica (I’ll blog on more about that in time) which I enjoyed. The pier (although jam packed with tourists) is super fun and makes a lovely day away from the bustling city streets. The beach is HUGE and is truly beautiful. I found myself wasting away a few hours sat on the sand just people watching, and it was perfect. 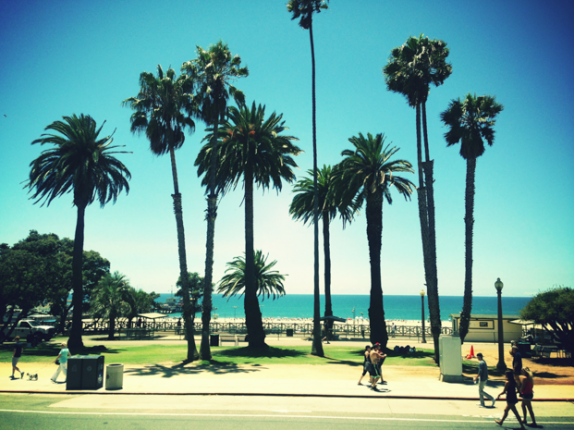 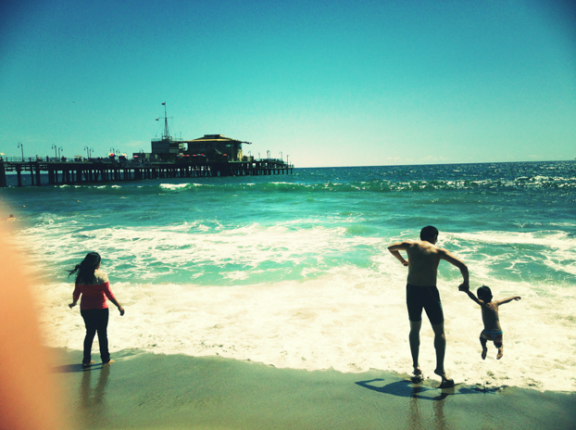 I don’t know. I’m still a bit confused about what I thought.

I loved some parts of the city, Santa Monica sticking out the most as my most enjoyable day. Would I go back to LA? Probably not in a hurry. Maybe in 10 years or something, or perhaps if I’m after a big theme-park fix – then yes. It’s not a bad city – I just found it very difficult to love it. It’s big – so hard to get around, the public transport leaves a lot to be desired, the city is very scruffy in parts and there were times when I felt very unsafe. But at the same time, I did enjoy learning about the history and seeing the stories behind the buildings and street and neighbourhoods. 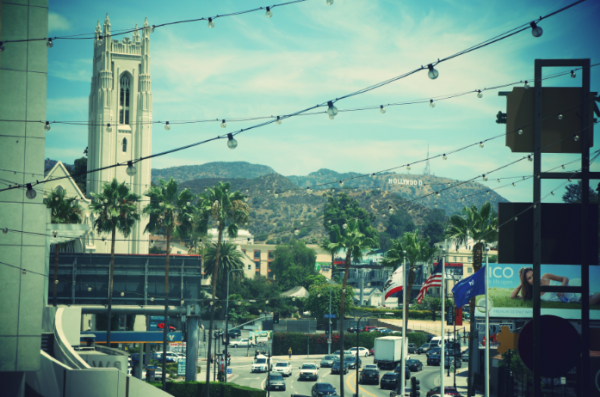 I have a feeling, that to love LA, you have to venture further out to the suburbs and explore the beautiful coastline and beach towns. Which is something I definitely plan on doing.

What do you think of LA?

Does it snow in Florida? Here’s everything you need to know! (Including snowy locations!)

TOP 11 best pastrami sandwiches in NYC – That you NEED to try!

Famous Restaurants in NYC from Movies and TV Shows