Orlando Weather in December: Here’s Everything You Need to Know!

Do you want to know more about Orlando weather in December? If so – keep reading!

This guide to Orlando weather in December will tell you everything you need to know about visiting Orlando in December, and what to expect during the month of December in terms of temperature and weather.

Visiting Orlando in December is a great idea!

Orlando weather in December is relatively mild, and most visitors who can’t handle the summer heat, enjoy visiting Orlando at this time of year for those reasons.

Orlando weather in December is warm (but not too hot) so it’s perfect weather for outdoor activities, such as theme parks.

Which is handy, because Orlando has some of the best theme parks in the world!

So, let’s take a look at Orlando weather in December… Starting with the basics.

What is the average temperature in Orlando in December?

As you can see, the average temperature in Orlando is really mild and manageable!

Most people will feel comfortable between the 17°C – 23°C / 63°F to 73°F and it’s definitely weather where you’ll feel absolutely fine exploring in a t-shirt or light clothing.

In terms of the other variables for Orlando weather in December, the main ones worth looking into are sunshine hours per day, rainfall per month, humidity and wind.

The above basically signals that you may encounter some rain during your time visiting Orlando in December, but actually December is one of the driest months of the year in this part of the USA.

Orlando weather in December tends to also be quite humid, but with the decreased temperatures, this also feels more manageable than the hot and sticky summer months.

Is December a good time to visit Orlando?

Not only is the heat more manageable at this time of year (remember, in the summer, Orlando can reach highs of 35°C or 86°F!).

But the rainfall (although still present in December) is nowhere near as high as other months, such as August – when it can reach 175mm per month (more than double December’s levels!).

So Orlando weather in December makes it a good candidate for visiting – but December is also a great time to visit Orlando, because of all the festive things going on around the various theme parks and attractions.

If you’re headed to Orlando, the chances are you at least plan to visit one theme park – and most of them will have special decorations, parades, shows and performances on during December, that you wouldn’t get at any other time of year.

If you want to see what’s on in Orlando during the time you’re visiting, we recommend checking out this events calendar by the tourism board – as it’s so useful.

Read more about Florida: How to spend Christmas in Florida! 17 festive ideas and activities

What should you pack for Orlando weather in December?

Good question! When preparing for Orlando weather in December, you’ll want to be packing light layers.

Pack clothes that can easily be carried with you (like lightweight jackets for example) that can be easily pulled out if it starts to rain, and then easily packed away if the sun comes out.

Layers are key, because during the daytime, you likely won’t need many layers or jackets / coats. Most people feel comfortable in just a single layer in the daytime, such as a dress, or t-shirt and shorts.

In the evening though, you might want the option of another layer – so it’s always useful to bring one with you.

If you plan on spending time on the beaches around Orlando, make sure you pack a warm cover-up in case it gets breezy!

Many people do more than 20,000 steps in a day when walking around the parks, so make sure you have a good, reliable and comfortable pair of shoes.

Top tip! If you don’t mind their rather un-stylish appearance, Crocs are a great footwear choice for Orlando. They’re super comfortable, but also waterproof – so it won’t matter if they get wet during a rainstorm, or if they get wet on a water ride or log-flume! 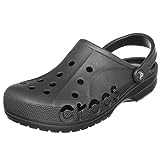 We hope this guide to Orlando weather in December has been helpful!

We hope our guide to Orlando weather in December has been helpful and provided the information you needed! Here’s some more related articles which may be of use too!

Read more about Orlando: 40 things to do in Orlando for adults

Read more about Florida: 15 amazing Orlando breweries that you won’t want to miss!

Read more about Florida: 12 fun things to do in Pensacola Beach

Read more about Florida: How to plan the best Miami to Key West road trip

Read more about Florida: 14 things to do in Brooksville

Las Vegas weather in February: What to expect during your trip!

What is a Workcation? (And our tips for planning one!)

Why Do People Travel? 11 Reasons to Take That Trip.