There are two things in life, which I (being totally honest here) thought only existed in American movies. These two things are: Skateboarders and Hitch Hikers. Sure, I knew that both of these things were actually things (and not made up, like say – Unicorns) but growing up in the UK, you only ever get skateboarders in skate parks, and you only ever get hitch hikers – if they’re doing some charitable event across Europe. 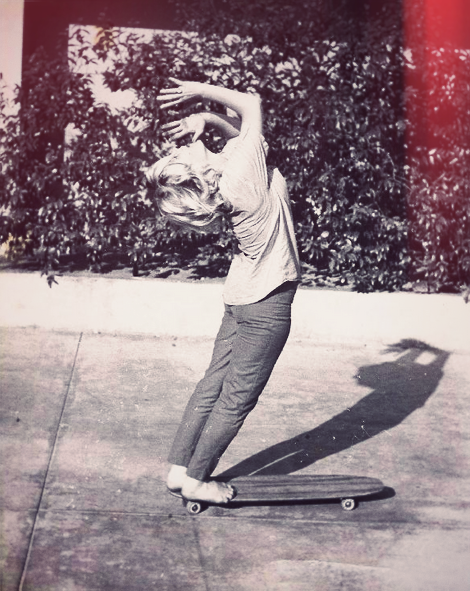 In NZ (and Australia I noticed) though – people use skateboards as a legitimate mode of transport. They actually use it to get from Point A to Point B. Not just for fun, or for doing fancy tricks in the park, or even to fill some teenage angst stereotype – people skateboard here because it is a fast, and nifty way to travel. It’s a weird thing to get used to really – at first it used to scare the bejesus out of me every time one of them went past.

Because skateboards are loud! Not like Tony Hawk would have you believe on his video games. When people are using them to scoot at 40 miles an hour down the road – they sound like cracks of thunder, and you look and there is nothing there – just some barefoot hipster (yes, barefoot – those danger dabbling ruffians) making his way to work – zooming down the street 10 ft ahead of you.

The other thing, as the title suggests, is hitch hiking. 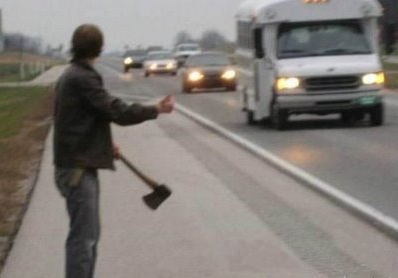 Now, I know that hitch hiking is a thing. That people do. But if I’m being honest – I thought it was something that people only do in two of the following situations:

1) Raising money for charity, so you can say you’ve hitch hiked across Europe or to Morocco. Or something like that.

These are the only two situations of hitch hiking I have ever come across. EVER. Oh, and that episode of Friends where Joey and Pheobe drive back from Vegas and pick up the random guy. But even in that occurance the first thing she asks him is “Are you a murderer?”

In New Zealand though, hitch hiking is pretty common, and it’s (apparently) perfectly acceptable and safe. Not that this would ever convince me to do it, but I’m always surprised by how common it is here. Pad and I walk to the gym most days in the town, and on numerous occasions now I’ve spotted people standing on the main road with their thumbs stuck out. It’s so cliched I want to laugh – but it’s real and they’re actually doing it.

When my family came to stay in November, they drove to Glenorchy, and on the way back told me they picked up a random girl who had been planning to walk back to Queenstown. First of all – this girl is mental, because that’s like a 5 hour walk – but also they didn’t really think it was a big deal. But if the same had happened in London – I’d be like “YOU PICKED SOMEONE UP OFF THE STREET!?”

But in Queenstown, I think it’s a bit different. Maybe it’s because of the travellers lifestyle here in NZ and the common goal that most people seem to have. Who knows.

Have you ever hitch hiked?

A few things I want to wax lyrical about….

Things I’ll Miss About Australia (And Things I Won’t)

6 Reasons You Should Love Dubai